​Played a Swindle, plus an Accumulator. That involved 6 self declared (in advance) holes to score as single points, double points or treble points (i.e. 3x6 x by either 1 , 2 or 3). This was played off club handicaps

On a day of weather totally alien to us this year the course was festooned with frustrated Seniors attempting to mark two cards, select which holes to go single, double and treble points on( some forward thinking or maybe just ultra competitive people worked it out the evening before!!) and cope with having to put copious amounts of sun cream on in between shots.
The scoring of the accumulator certainly taxed a few Seniors, particularly those who failed to achieve their GCE (Web Editors note - Only the Seniors know about GSEs !)   in mathematics!!   Undaunted however everyone managed to get to the finishing line without the need to open a second box of paracetemol. Scoring was quite impressive and it was nice to play something a little different for a change. The knowledge that additional prizes would be available certainly had an effect on the number of Seniors putting in an appearance - indeed at 24 players it was the largest group we have had all year!.
What we have learnt (or rather I have) is that one competition at a time may be the way forward for future Swindle Extras and that everyone knows all the  prizes that are on offer before we start.

Results were as follows (Full Table Below)

Next Swindle Extra is on Friday 22nd June -  Tee off the reds, yellows and whites- 6 holes of each. ED As this is a simple game (!) we will be running it as a swindle. 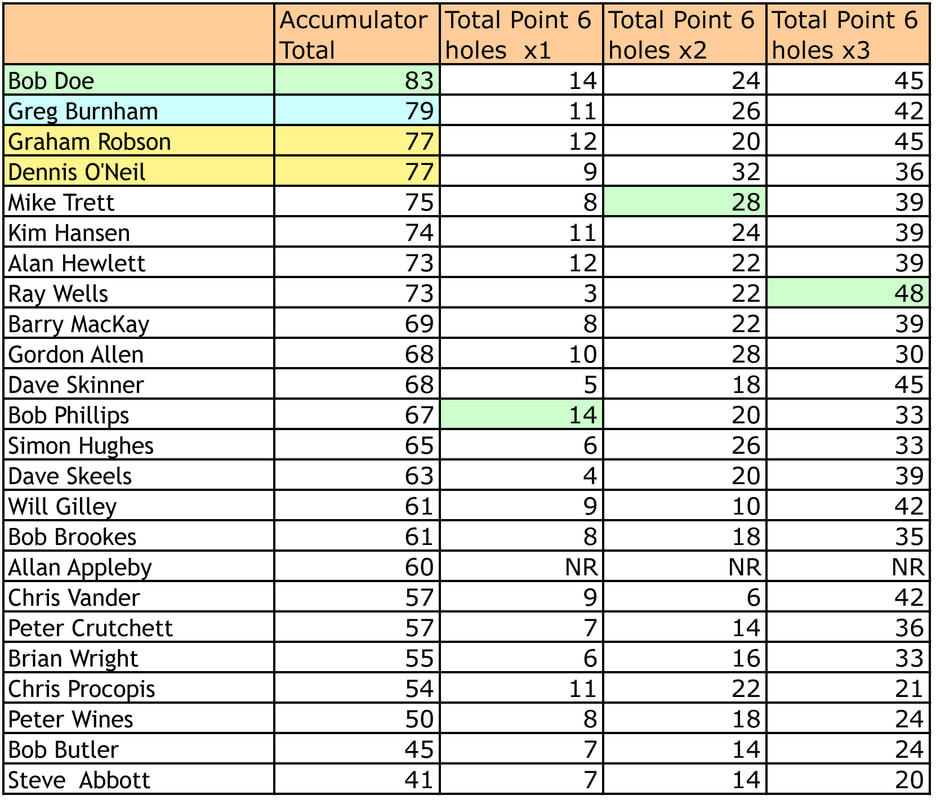