Meantime another senior (and I will keep his name confidential as I always obey the hypocritic oath on medical issues) was getting very concerned that he had brown patches under his arm and eventually asked his wife if he should go to the doctors. His wife said he didn’t need to but did need to stop using her fake tan as deodorant.
In the Brazier Trophy the four man team of Garvey, Handley, Price, and Trett were on fire as they 'streaked' to victory (well Dave did in part) with a score of 88 points well ahead of the field with Stephenson, Polden, O’Neill and the editor a distant second.
Next in the new Chapman format for the Millennium Jug we all surrendered to the awesome partnership of vice skip Steve and Henry VI, who Steve described as his good luck charm. The win did nothing however to suppress the suspicious minds about Henry’s handicap. I played with Van Der Man and we nearly won the wooden heart (spoon upgrade) but enjoyed the company of Pedro Smyth and Dolly Appleby. By chance Pedro has the same name as his water dog who had been amusing himself checking the water mark on three of the Smyth family’s £20 notes which were soon chewed in to 36 pieces. Whilst we were all playing golf Mrs Smyth had been assigned the task of piecing the notes together and then going to find a friendly bank manager to exchange them. I think it is called division of labour
Then in Mulligan News our three single figure handicap golfers slugged it out with Jimmy Handley beating off the challenge of Robot Robson and the Rainford SUV. Even with mulligans these were quality rounds with Dave going round in 3 under having finally succumbed to the winter temperatures – although it was a close run decision. 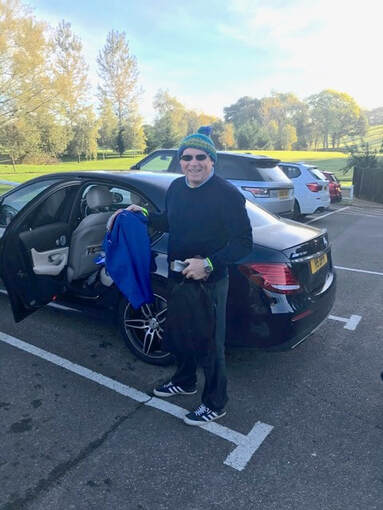 Decision time.....
I also want to wish Website King Gordon a speedy recovery from his XXXXXX operation (hypocritc oath confidentiality again). I asked his wife Sue if he was feeling better and she remarked that he is a bit ‘Hang Dog’. I said I know that, but is he feeling better.
In this month’s ‘There is Hope for us All’ article’ I am pleased to publish a photo of our old friend Don Fossey on a recent holiday with his wife. Don is around 86 (guess) and preceded the Headmaster in organising our competitions as well as doing the funnies at the Christmas party. About 8 years ago he acquired a sports car but had to trade it in as when he got in the garage he couldn’t get the doors open. I am pleased he has now found a suitable replacement vehicle. 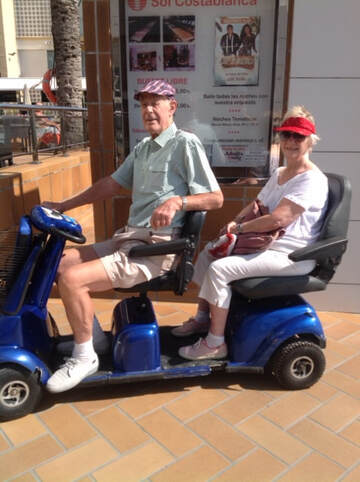 Mr and Mrs Fossey hit the town. Don still has that cap!
B Right continues to storm away in the Fantasy League table but the lesser prizes are still up for grabs – transfers are the answer.
PS. Having just finished reading the Dale Hill report I have decided I will need to keep an eye on Mr Kim next year or I will be losing my job. It looked like a great trip and even beat Gordon’s swindle for the number of rules. I was sorry to miss it but want to feel part of the gang so here goes. Kevin Price is cut 2 for being a grasshopper. 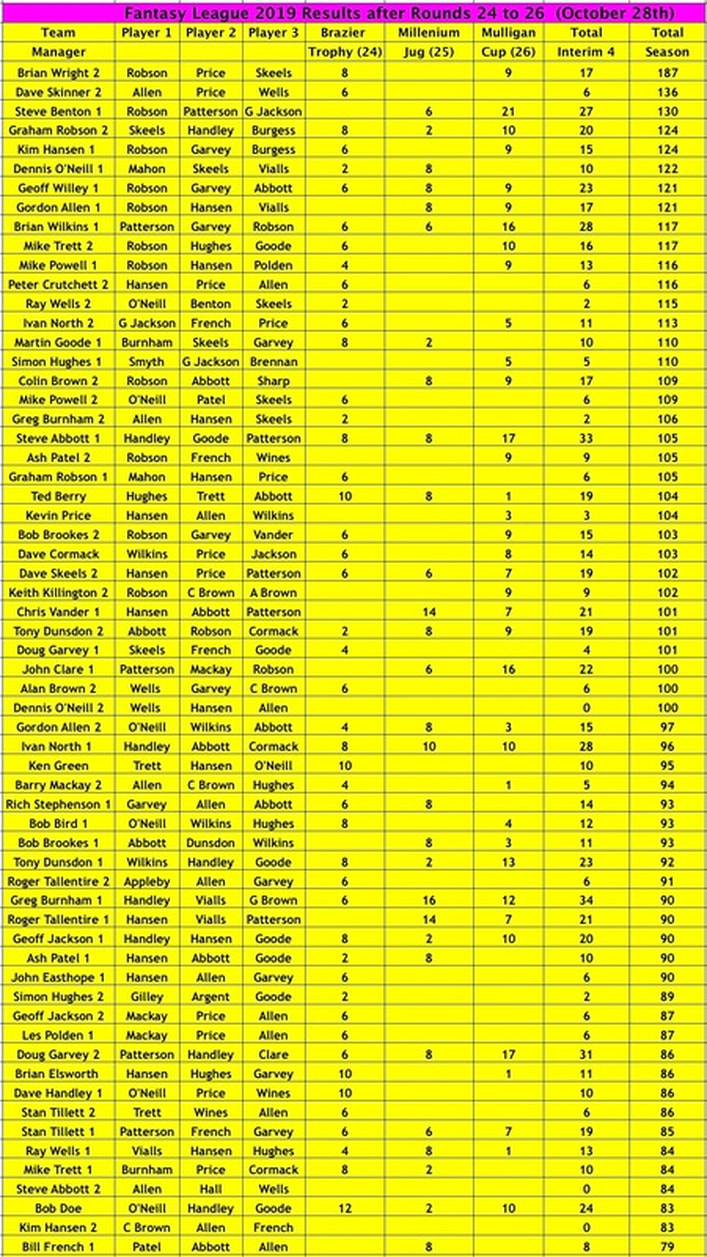