The result of the 2nd Ladies and Seniors day for 2019 are set out below.
The 24 pairs played in rather better weather than had been the case in the first outing in April. The format had reverted to Chapman rules pairs, which seemed to suit the players best.   Some good golf was enjoyed in good company, which was followed by a very good lasagna lunch.

Whilst reporting on his and his partners round the Captain let it slip that he had confiscated his partners Driver [which was later returned with good effect]. This did little to improve team morale, but the Captain was later overheard saying that he had in fact quite enjoyed the physical abuse that followed his earlier actions!!!

Seniors Captain Kim and Ladies Representative Teresa thanked all those that had made it a special day and shared jokes that were "enjoyed' by the dinners!

Of special mention was the rather excellent Hole in One achieved by Tony Dunsdon on the 3rd. Unfortunately for Tony it was a Ladies nearest the pin hole so he didn't even get a look in for that prize! But good chap that he is we all enjoyed a glass of wine on his account!

Congratulations to the main event winners Gordon Allen and Delray Bussey, (with a possible all time event highest score of 48 (31 on the back nine), and to the runners up Colin Brown and Sue Allen, with an excellent score of 45. An Allen family trip to Marks and Spencer has been planned! Very well done to all the other winners.

The prizes were presented by Kim and Teresa.

​NB The request to take photos came rather late so those taken below are of phone camera quality. Mind you the photo of the winners was taken by that arch photo shoot(er) expert Paul who managed to get it in video! Hence the rather smudgy look!
The Winning Team 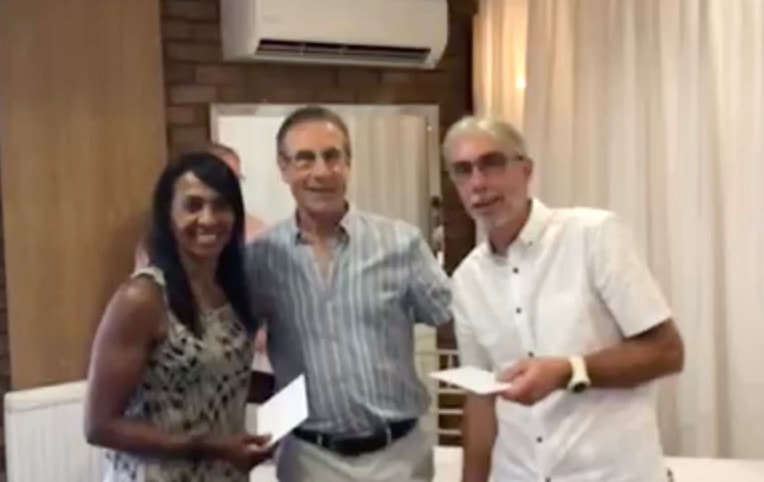 The Runners Up
3rd Place Team 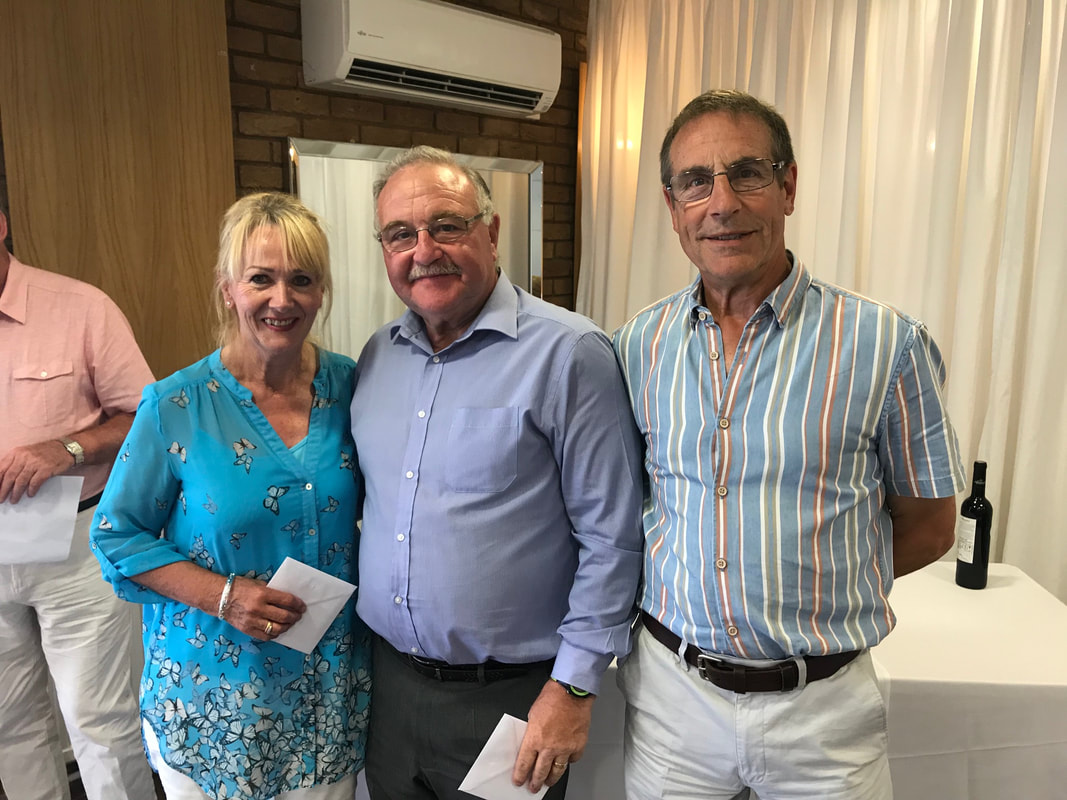 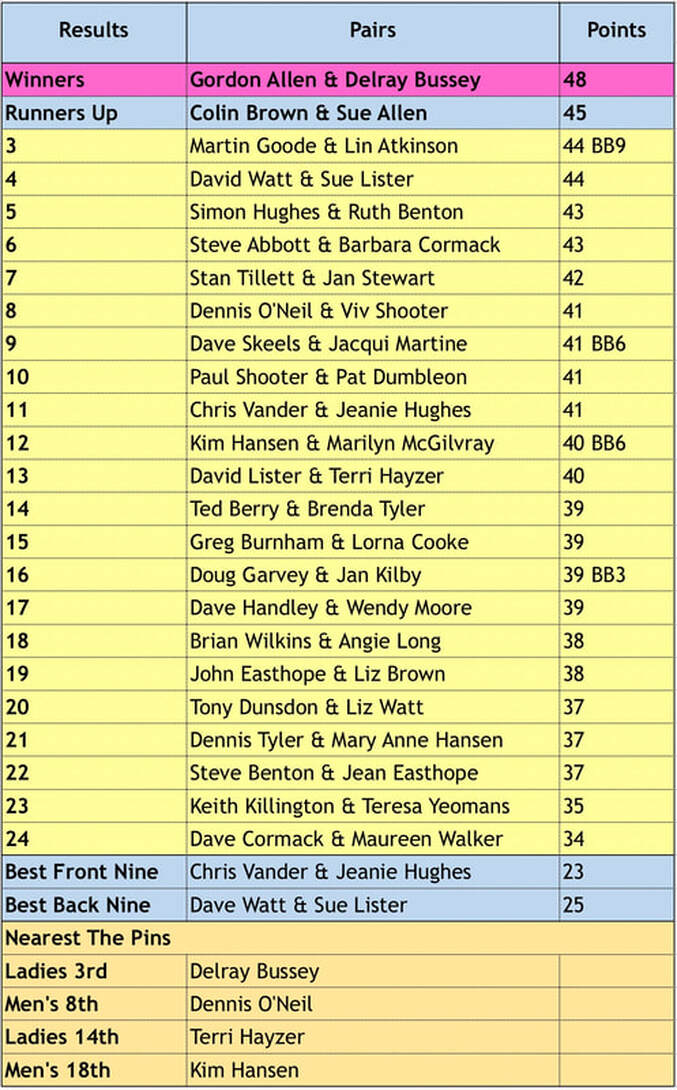 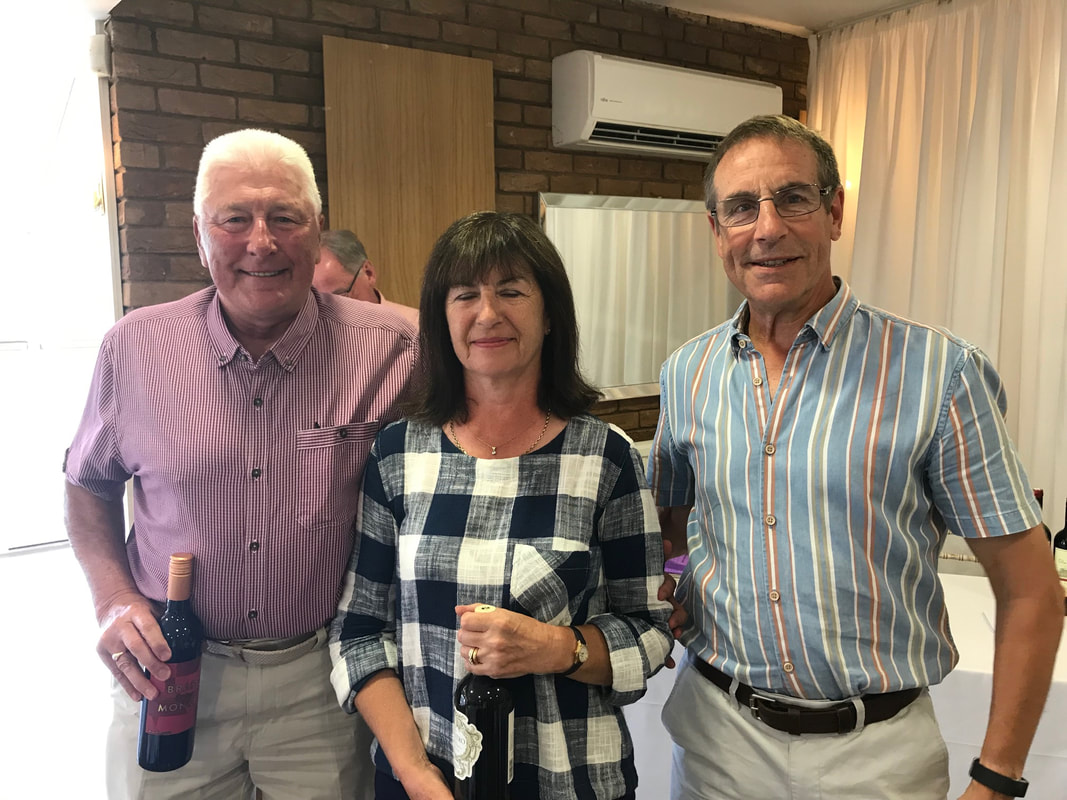 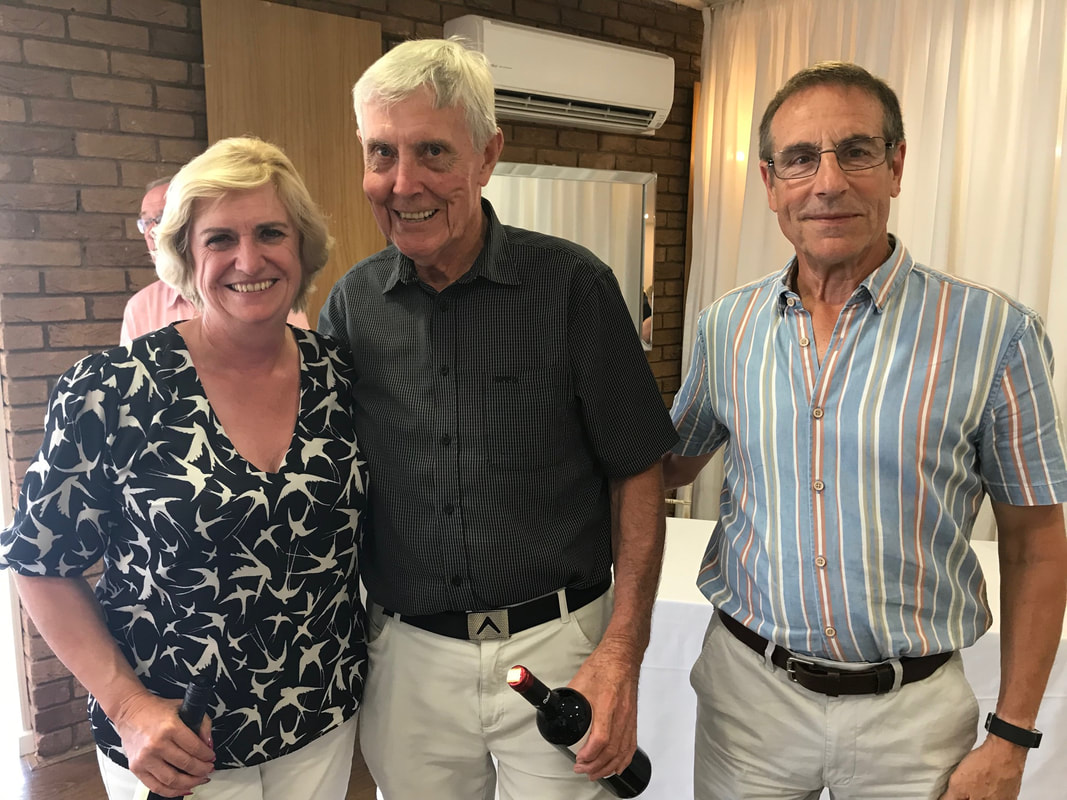