Disclaimer: Some scenarios included in these reports maybe upsetting to some people. It is therefore suggested you don’t read it if you are of that disposition. I can advise though that since the showers were closed in Covid there will be no flashing images.


So, what news apart from the competitions. Well, the first is the appointment and activities of our club captain (who is also one of us) and his vice-captain. We have three fun days announced on April 23rd, June 6th, and October 23rd. Please come to them. The first one at least will be fancy dress – we know Jimmy Handley likes dressing up as he has already donned shorts last seen on the M&S sale rack. Funnily enough I hear he met Mike Trett there trying to return a yellow pair he doesn’t need anymore. He came to his Drive In dressed as a pirate complete with long wig (see below) and his deputy Hay Wain so thought it improved his appearance that he still has his wig on 10 weeks later. Unless of course it was a disguise for his Polish trip; well done on that. 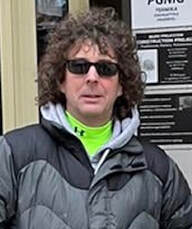 We now have a senior’s chairman who will call us to order when necessary and support our captain. I think it’s important to pick a chairman who can keep his cool and not get annoyed if something goes wrong. We picked O Steve who, of course, demonstrates such skills on the course.

The season has started as it often does; boggy, carrying, and postponed competitions. However, we have now had three competitions in three weeks. The Texas Scramble, the Team Stableford, and the Bogey (no it’s not named bogie after a rail coach undercarriage). The first two included Skinner Latte in the winning team. (I notice that now he is captain he has rebranded himself as Lord Skinner so expect him to turn up in ermine when he has his Drive In). He was partnered by Pea Shooter who was allowed out without his dog, and our hole in 1 expert GK on the Scramble and Mis Spiggy, a reborn Sharpie Pencils (who presumably kept score as he got 51 himself) and a youngster called Wood Chop on the Team Stableford. Scores in both were so good I think the new handicap system may have flaws, but well done all. The Bogey Competition saw all our favourites coming good with top pick Flash Gordon winning from Mr Sandpit, Stephenson’s Rocket, and our new Tyneside player Way Aye Man. Well done to everyone and particularly Kim who managed a point whilst holding up the ladies.

In the Fantasy League we have managed 96 entries so down a bit but still good. Thank you all for entering. This year we will give first and second in interim prizes with the first at the end of April. They will be £10 and £5. Belly Flop has done the table – he suggests you check your score as he’s still a trainee. Bonuses will be added at the end of April. Robot is top so far so further supplement to his income maybe, but there is a long way to go. Mr Sandpit is last so management may not be his thing. Burnham, French,  and Wells should expect to be spoken to about their performances.

PS. Finally worked out how to improve my scores. If I declare I’m a woman can use red tees.