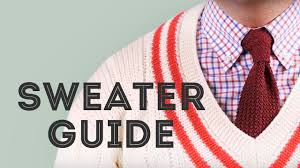 Ring ring. Ring ring.  Sue here - who is it? It’s Brian. Brian who?  It’s Brian Wilkins from golf. OK I’ll get Stan. No hang on it is you I want to talk to. Oh what do you want?  I’m told you are good at knitting. Well yes I do knit but what do you want Brian. Well I have a really favourite jumper but it is old and becoming a bit unravelled and it cannot easily be mended so I wondered if you could undo it all and recycle the wool and knit me a new one with the same wool. You can’t really do that as it will be all kinky. Enter Stan. Who are you talking to? Brian Wilkins. And what exactly are you talking about. Knitting. Let me speak to him. Brian recounts the story. So you can’t do it yourself Brian in all that spare time you have after playing golf in 2 hours. I can’t knit. What about asking your wife Chris? I have asked her but she puts the jumper in the charity shop bag. And so the secret activities of Seniors takes another twist. 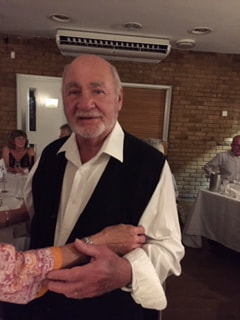 Talk over lunch was of the excellent Buddy Holly night the previous Saturday which was attended by a good number of Seniors identifying with songs of their youth. We were also honoured by a guest appearance not from Trigger who couldn’t make it but from Uncle Albert who gave a signed photo to none other than Chris Vander. The evening also saw dance steps recovered from the late 1950s memory bank with the outstanding contribution by Mr What not surprisingly as he has 4 legs. 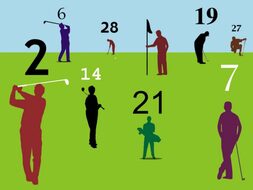 There is also another trend beginning to set in as I have noticed players turning up and reporting sudden jumps in their handicap apparently because Inspector Regan’s system says they haven’t played well for 7 rounds. I keep checking my inbox but I think my shots have gone to SPAM. Mr Tallentire lately renamed Spiderman as he can’t get out of the bath got 4 extra shots after submitting three cards hotly followed by Mr Berry who got 3 shots which was 2 for putting in cards and 1 as we were pleased to see him back. I think there should be a shot bank with what is called a zero sum policy so if someone gets 4 shots someone has to lose them. There is hope here as our third sombrero challenger has surfaced under the name of Ian Ma Hen who laid the golden egg of a net 60 to win the Twilight Cup and get cut 4, pipping Flash Gordon who came in with a 68 and then negotiated an extra shot off Keith before the results went in. As a result he came second and pushed Brian Wilkins into 3rd. Well done Ian and Gordon and hard luck Brian, but I feel things will come good if you just stick to your knitting.
The last competition to report is round three of the Four Seasons Cup where surprise package Dave Skeels skated in again to push minor celebrity Chris Vander into second place. Well done both. ​
PS. This knitting thing may be catching on as the Boyce Hill captain announced we had Peter Crochet in our team 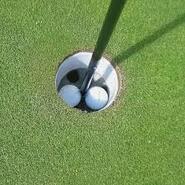 PS2. My congratulations too for Ray Wells hole in one. I think Colin Anthony has a number of these and yet Xander Schauffele got his first one at the Fedex finale recently and also won $4m. Wrong place wrong time Ray. Mr Dunsdon of course now has two after showing off at the 3rd in front of his lady partner Liz Watt. At least he didn’t stand on her toes