Just as we thought life was getting back to some sort of normality a second spike of Covid 19 seems to have arrived!! Fortunately for us we have all appeared to remain relatively sane as it has had little impact on our golf. Swindles, away days, competitions and inter club matches have all taken place successfully and, until very recently, even the weather has been extremely kind to us. These events do not take place without the efforts of a small minority and I feel it is worth recording our thanks to them. So thanks to Gordon, Ash, Mike, Chris and Geoff.

A topic that always seems to bring a degree of banter with it is that of the golfing bandit.
Definition of a bandit - a golfer who achieves outstanding scores playing off a handicap considered by some to be rather dubious!!!

Lately there appears to have been numerous conversations on the course about it, with some interesting thoughts on who may be crowned Bandit of the Year at our annual awards in December. Having been privy to one particular discussion it was interesting to hear that certain Seniors considered to be bandits in the relatively recent past now consider others to be bandits of the present. What goes round comes around I hear you say!!

On a more serious note there has been some fabulous golf played and hearty congratulations go to the following for winning competitions since the last report.

Interim prize winners were as follows
Greg Burnham £12.50
Peter Crutchett £12.50
Dennis O Neill £5.00
​
Finally, I am delighted to report that Mr Fantasy is making good progress with his recuperation. Ash and I went to see him a few weeks ago and Sir Simon was in good form. He has certainly not lost his sense of humour! Hopefully we will see him up at the club in the not too distant future. 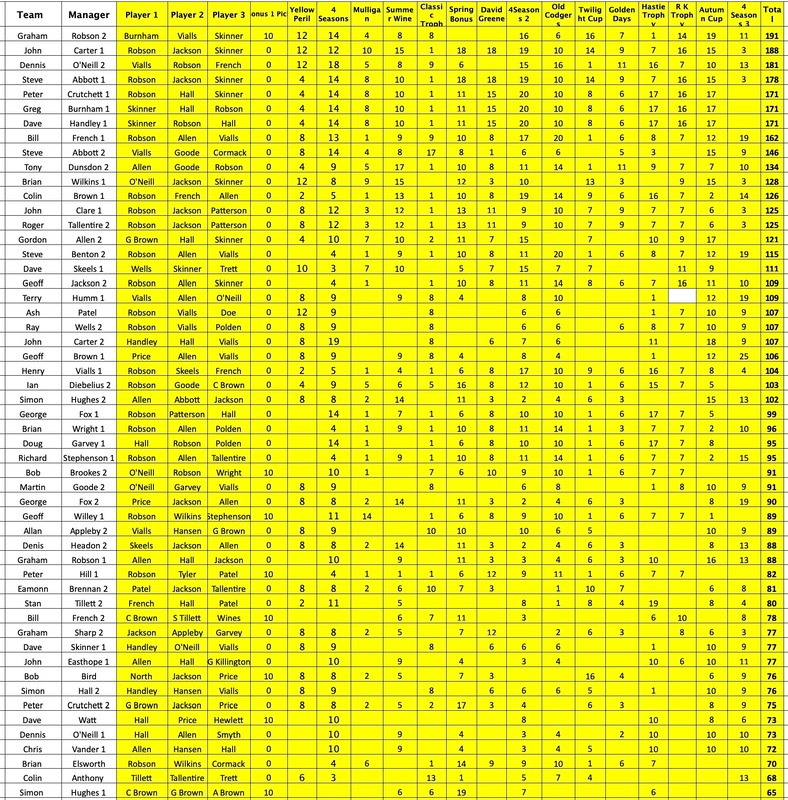 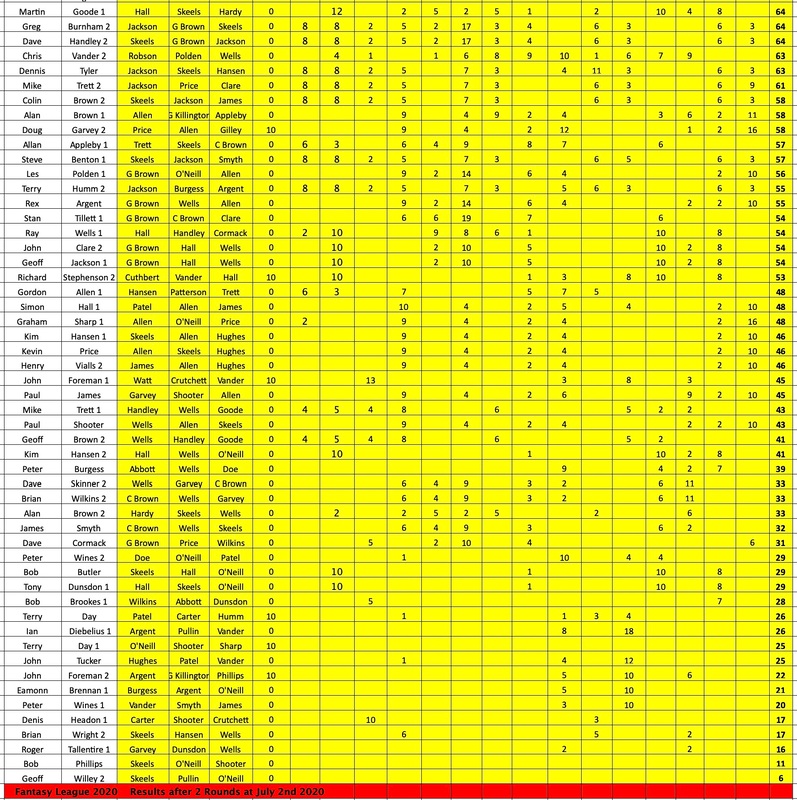