Like everything else this year the Fantasy League has been disrupted by Covid 19.

Unfortunately we were not able to include the last few competitions of the year in the final table. That was a real shame as things were mounting up for a crackerjack of a finish. Still, as you can see, hearty congratulations go to John Carter who just beat off captain Steve to become the overall winner. 3rd place was shared between Graham Robson and Dennis O' Neill.

In total £530 was collected by Simon way back in the beginning of the year. Half of that amount(£265) went straight to Steve's charity with the remaining £265 being paid out in interim prizes and overall 1st 2nd and 3rd prizes. Because of the cancelled competitions the third set of interim prizes(£30) were not awarded and that money will also go to Steve's charity. That left £25 to be distributed for novelty prizes.

Congratulations go to the four golfers who scored the most points in competitions this year. They are Graham Robson, Dave Skinner, Geoff Jackson and  Greg Burnham. For those of you who are already planning your team(s) for next year remember that you will only be able to have one of these gents.

Break down of finances.

That leaves an extra £35 to go to Steve's charity

In addition, I collected £10 from transfers which I will give to Steve to add to his mounting charity donations. 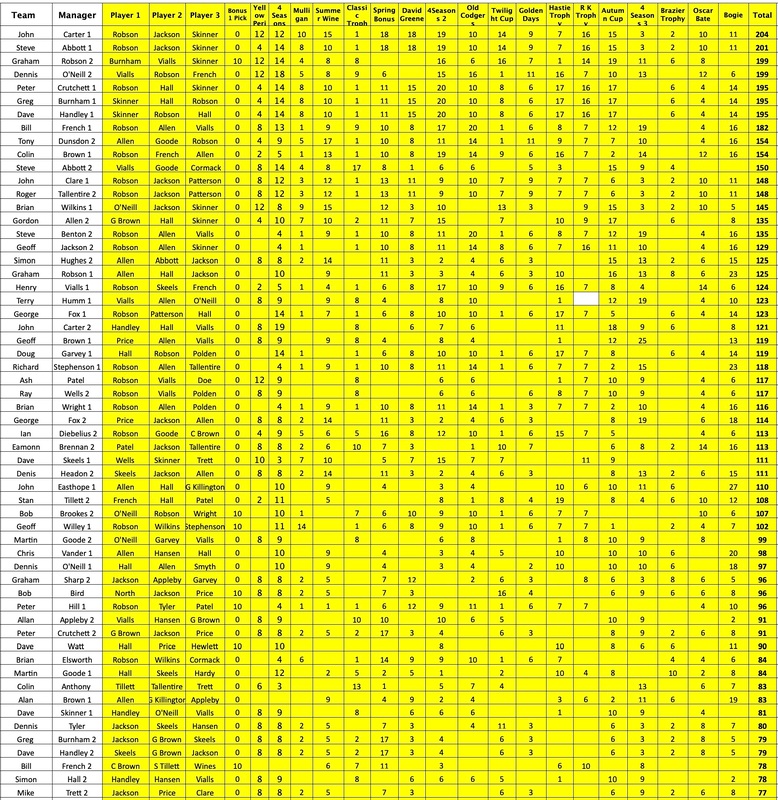 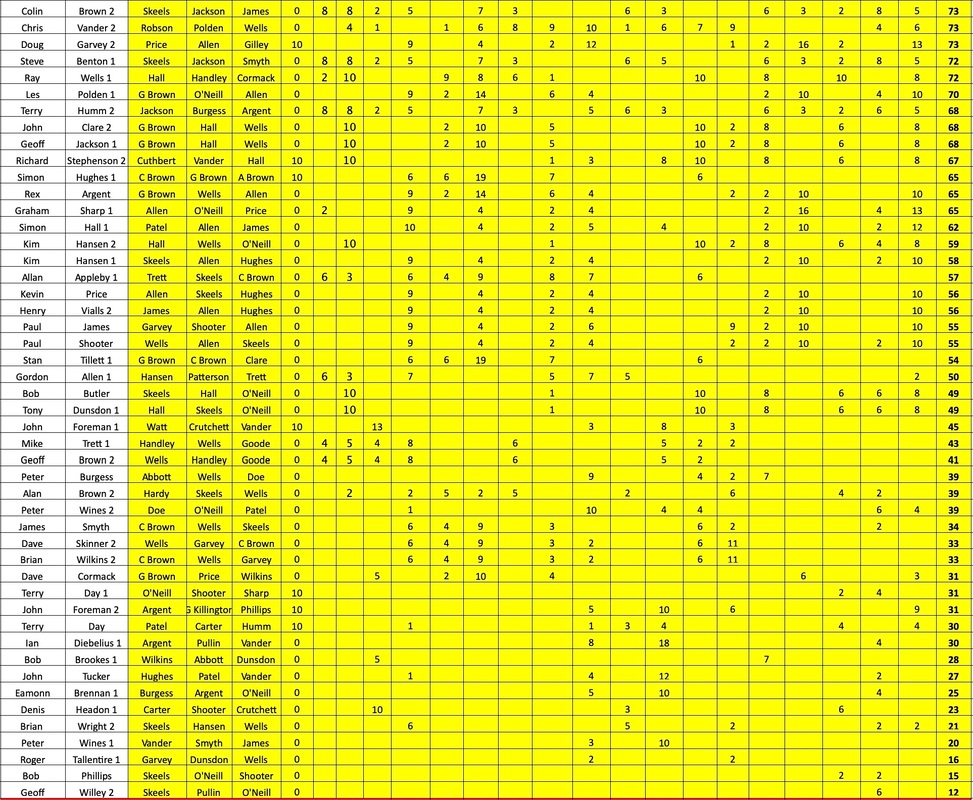