​Well according to Andy Warhol everybody has fifteen minutes of fame and mine just ended. It is a pity we did not manage to become a member’s club but hopefully it will all be OK in the end.

​I have sat for so long listening to Wet Wet Wet’s greatest hits I decided it was time for a newsletter and since I have no results to report I appointed a pools panel who sat last week. Even that hasn’t worked though as I won nothing and all I got were the names Handley, Robson, and Spig something who is tipped already as bandit of the year. I have therefore sacked the pools panel and we will wait until it stops raining.

The one thing that did brighten my day was the picture I received from Love Island (see below) where Gunga invited a few mates courtesy of Mini Polden’s kind donation of a villa for a week. Unfortunately, the picture was leaked to the women contestants and none of them turned up (Winesey power on the wane I suspect). 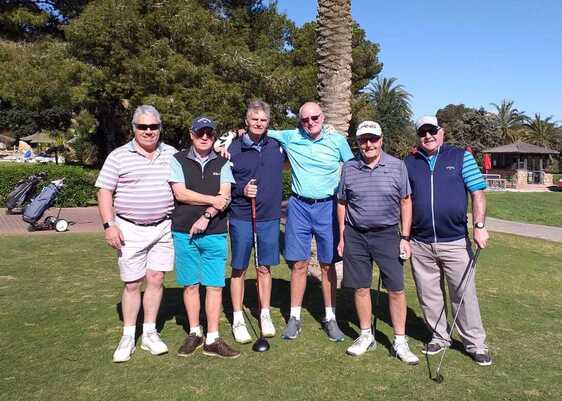 I have attached the first table that shows positions with the bonuses. The Fantasy League will start with the first competition we play and until then teams can be changed for free. Please note that the bonus rule has changed and you must keep the team picked for at least 8 competitions (I.e. Not just until the end of April) to get your bonus. Also note that the points for the knockouts will be calculated from the team you had immediately prior to the draw. Lastly those at the bottom have not sent in a team yet – it’s not too late.
Going back to all that work we did to try and get the club it turns out it was not completely wasted as once the news broke kind Mr Flash Allen rewarded me with a packet of those coffee biscuits that I rather enjoy. Thanks Gordon. 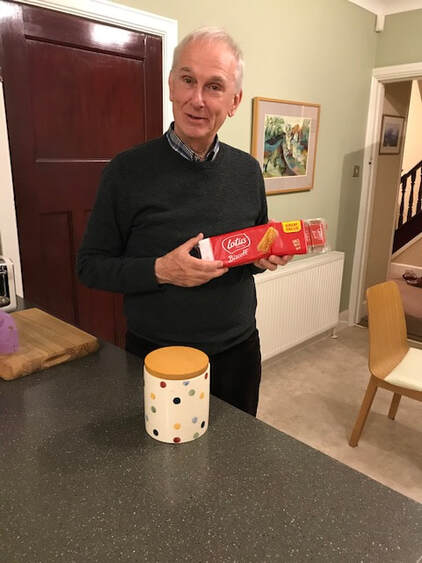 Finally just one story to finish. Over Christmas and the New Year when we were playing golf one senior entertained grandchildren and gave them free run of the house. Next day the alarm went and he breakfasted, got his golf gear on, and went to the car. Pretty dark this morning he thought and that was because it was 3.30am and the grandchildren had changed the alarm setting. As you know I am not one to spill the beans on such minor mishaps so I leave you to guess who it was. If you do, I think you will B Right. 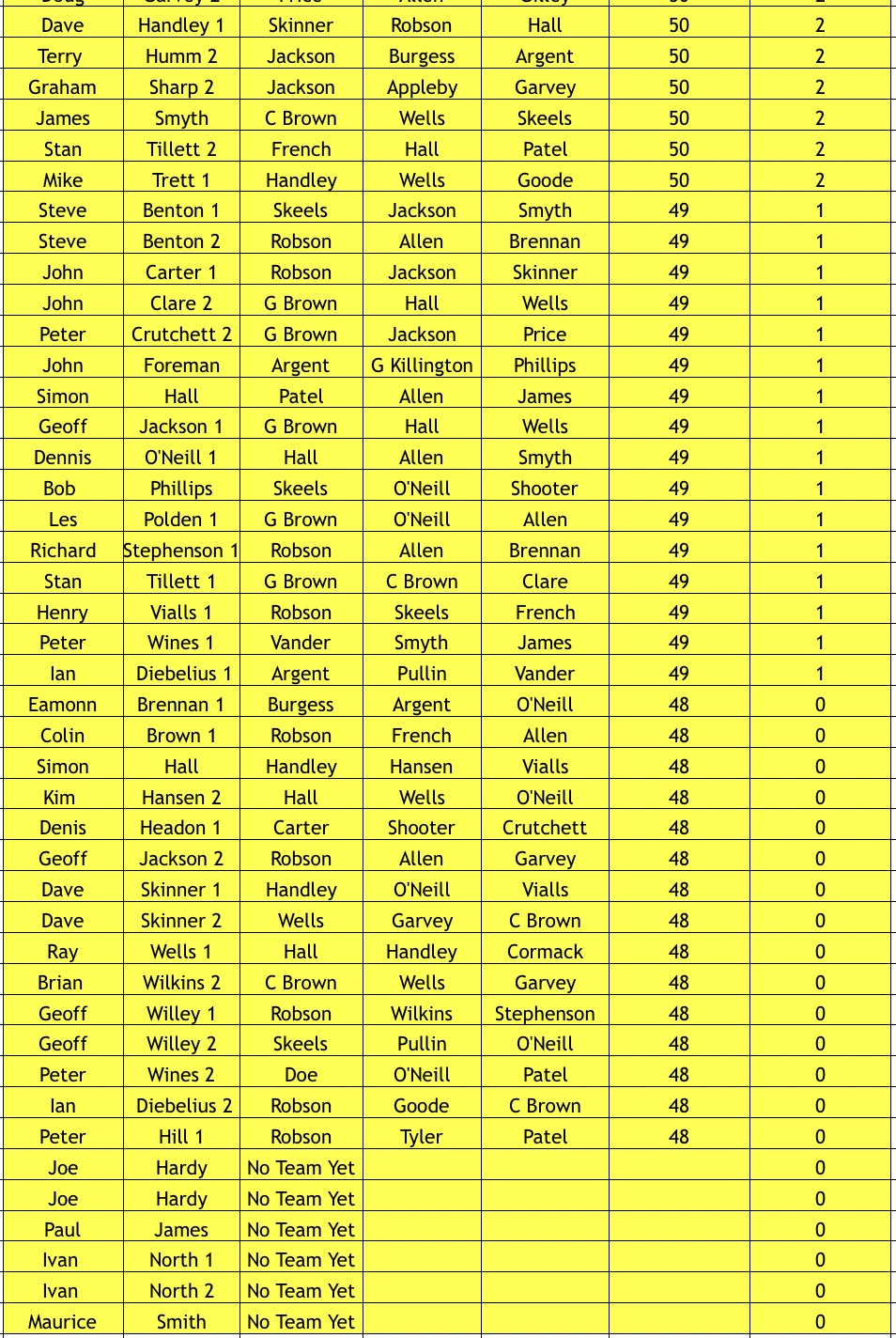