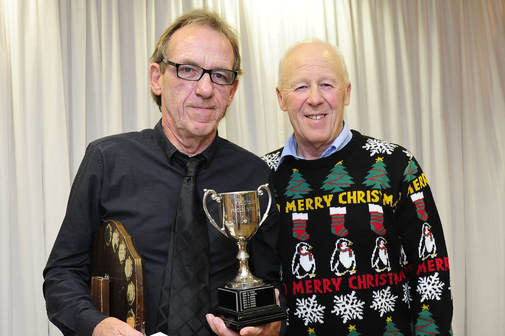 ​Another successful year concluded at the end of November.

Our congratulations to Dennis O'Neill on becoming Swindler of the ~Year 2018.

And to the runner up Kim Hansen who made a real challenge right at the very end to be just 3 points or £s behind.
​

Fewer games were played this year than in 2017 (partly because of bad weather on swindle days and partly because competitions were then moved to what would have been later swindle days). Fewer overall players also took part, but the average group size of 13 was the same as the previous year. That resulted in fewer players reaching the min. of 15 games to be eligible for the GOY title.

The introduction of further cuts in 2018 did seem to have some impact by reducing the gap between winners and losers at the extremes.

The full end of year Swindle table is set out below, along with some facts that compare activity and outcomes with recent years where available.

In line with the principle behind the national agenda of changes to golf handicaps from next year, the swindle handicap system will also change. It will allow Swindle players to go UP one shot (from their club handicap) after four games have been played without a win or a place. So after 4 games you will get a one shot increase in your Swindle handicap. If you still do not win or place after another 4 games you will get another shot increase. And so on. When you do win or place, your cut will apply to the handicap you have played off. Once you have played 4 games off the cut handicap you will revert to your club handicap. Repeat.
This should keep more players in the mix during the year and hopefully keep more players interested, even when their game begins to go 'off' a bit for a while (or longer!).
​

Swindle 2018 : Some facts about the year compared with previous years 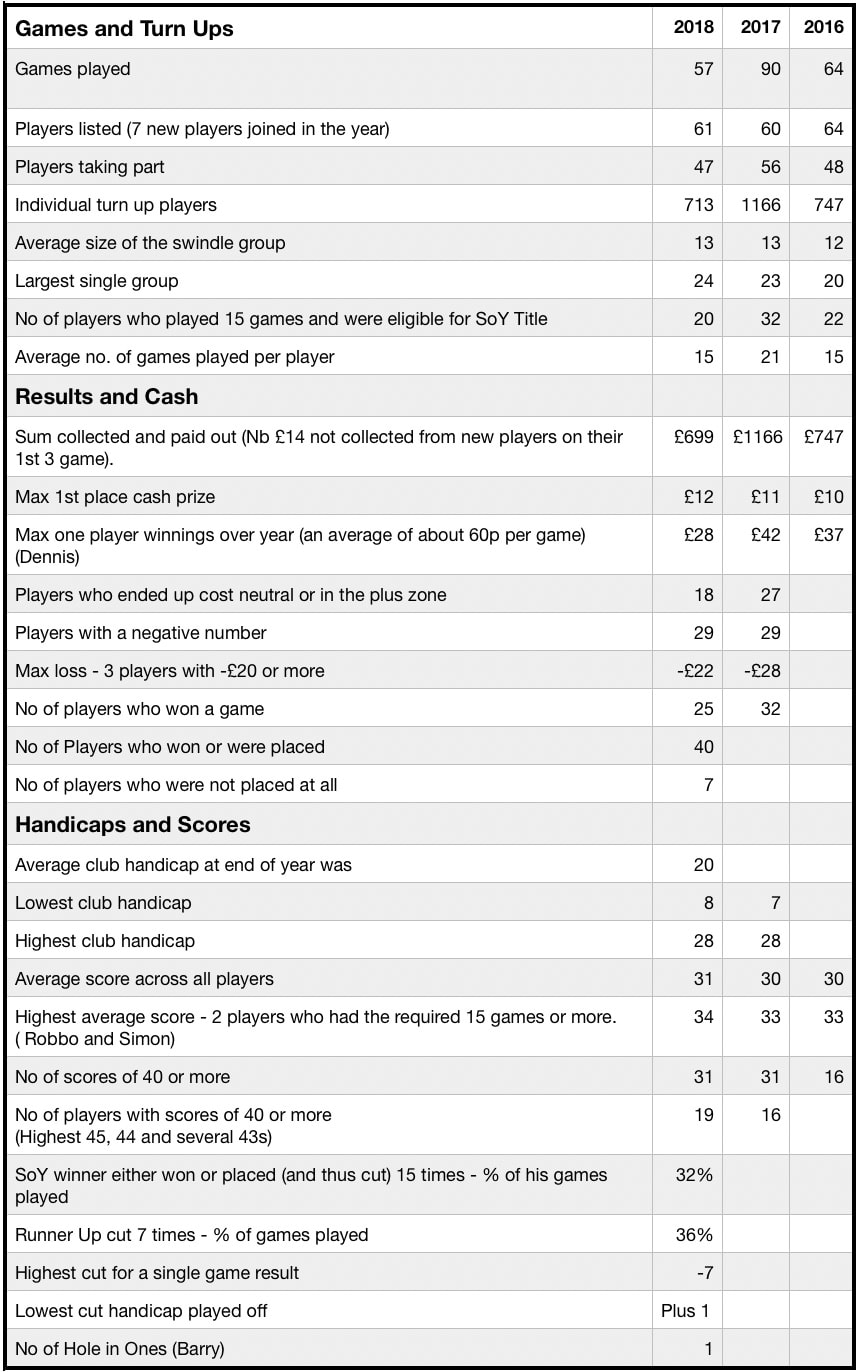 FINAL SWINDLE TABLE For 2018
(Jan - Nov)
Note : The current swindle 'rules' are set out on the separate page under the Swindle 2018 tab