The results are in for the Oscar Kannemeyer cup and the winners are ..... I’ll tell you later. This competition represented another golf innovation for Warley Seniors and is a sort of Masked Ball of Golf as you don’t know who you are playing with. By chance Fantasy News has come into possession of papers showing new innovations for next year where not only will your partner be a mystery but players will not be told which course to play and if this proves successful then in the following year the date will be kept secret. When questioned an official source said it would become the perfect senior’s competition as we will not know who we are playing with, where we are playing, and what day it is.  All proposals were originally published in a white paper but following the leak the committee have resolved to publish ideas in a black paper so news editors cannot read them and the committee can deny they were ever written.​

Anyway the winners were La Burnham who has certainly flowered this year and B Wright who is our most famous senior golfer as his name is shouted regularly by professional golfers as they hit their shots. Well done you two and also to Tillett and Garvey who were second and to third placed Shooter and Abbott.


The grasshopper story continues to have legs and I have received further photos of two of their type shopping in Lakeside. Apparently grasshoppers are the oldest living group of herbivorous chewing insects and have powerful hind legs. I don’t know if the two caught on a Lakeside security camera are related but I can definitely see the likeness. (REF: Picture copyright Jiminy Jackson) ​
The Summer Wine Cup was a triumph for the underdogs and was the lowest scoring in fantasy league points ever. In other words if you came in the top ten not many managers fancied you for their team. Congratulations to Lord Benton who completed the round in 64 big hops (yes he is another one of them) and a well done and very hard luck to the people’s champion Chris Vander whose equivalent 64 would have won on any other day. ​
​
In the Fantasy league Tony D still leads with Trett, Hansen, and Abbott just behind

​LATE NEWS: Jiminy Jackson actually came third with Paul Shooter in Oscar’s cup. When Steve Abbott took his mask off we realised it wasn’t him. I have also had an email from an Oscar Bate whoever he is. 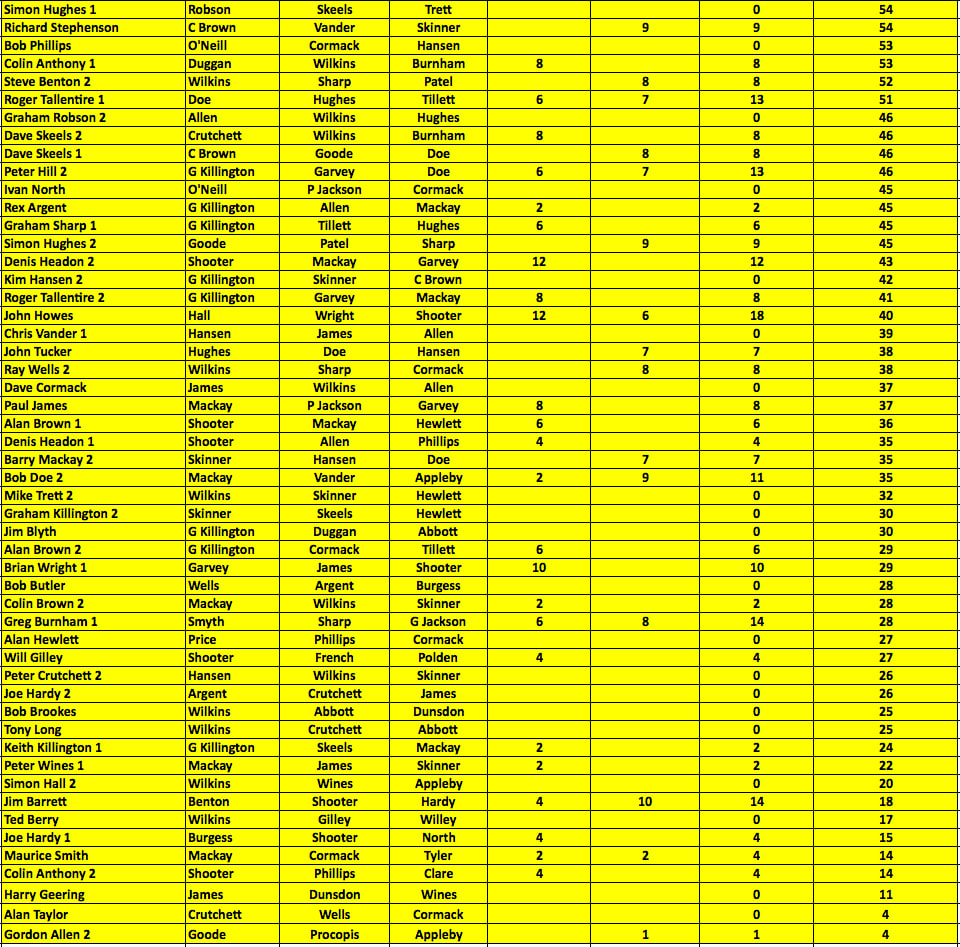