Fourth Swindle Extra : Results for the Competition Sponsored by The Fantasy League 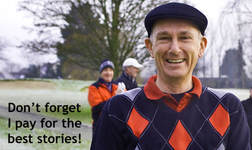 Fantasy League Swindle Competition
​
​Eighteen swindlers turned out for the FL sponsored competition organised by Sir Simon.  SS gave a detailed briefing on the rules and the secret team selection process. A Chart and secret papers were used to record votes/selections and ensure full compliance. As it was rather early (7.30am) the message had to be repeated a couple of times to ensure the seniors had taken it all aboard - especially for those that didn't get the message and arrived at 8am!

Although two of the fold couldn't win the ordinary swindle prizes, as they were still playing out their 3 starter games, they were able to take part fully in the Manager- Team game with separate prizes at stake.

In order to speed up play, the guys were advised at the start that there would be cake upon finishing. However, play was surprising slow, given that cake first would have more likely resulted in slow play! (Brian will have to remove that as a Ready golf - fast game tactic).

Anyway, all arrived safely back. Simon used his chart effectively (That's Managers for you) to give the range of results.

The rules were:
Each Player had to choose 2 other players in secret.
All three scores counted for the Team score.
Extra bonus points were awarded for player only chosen once.

The results table is set out below.
​
The winning team manager (Green below) was Dennis O'Neil with his team of Ian Patterson and Graham Robson. First prize was a 2018 Carnoustie Open Ruck Sack (goodbye to those plastic bags Den?!)

​The second place team manager (Blue below)was Graham Robson with his team of Gordon Allen and Bobby Doe - wine all round.

For 'Billy No Mates Players' (Yellow highlighted guys below) -  as nobody picked them.

The Team Manager (Orange below) who picked the lowest scoring players - Graham Sharp on count back - he was rewarded with a 'stress ball' which he said "would get well used watching West Ham!"

​Our thanks to Simon for organising and funding this Swindle extra.

​The normal swindle also took place.  Although Ian Patterson scored an extremely good  43 points as the overall winner for the day, he wasn't able to take the swindle prize. For his reward he did get cut 4 (3+1 for 40+) which now makes his swindle handicap 5 lower than his club hc already, with one more game to play before he can access prize money! We know how to welcome new players don't we!!

So the result was:

Another really excellent score by Den (who has been duly punished!). 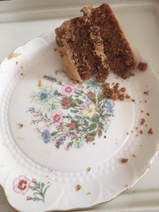 ​Some of you might recall that in earlier Fantasy Newsletters, Sir Simon had suggested that, given the cake shortage in parts of Shenfield, prizes should be replaced with cake.  That theme has been returned to off and on over the past year.  Not one to ignore a challenge the request went out and the result was the Fantasy League Cake Special - sponsored by one Sue Allen.  ​Needless to say the three cakes went very fast - I managed to hold onto this piece and smuggle it home !  In the belief that Sue always brings cakes along to golf, one or two players have asked if they can swap partners in next weeks Ladies and Seniors day - transfer requests associated with high bids will be considered!!! 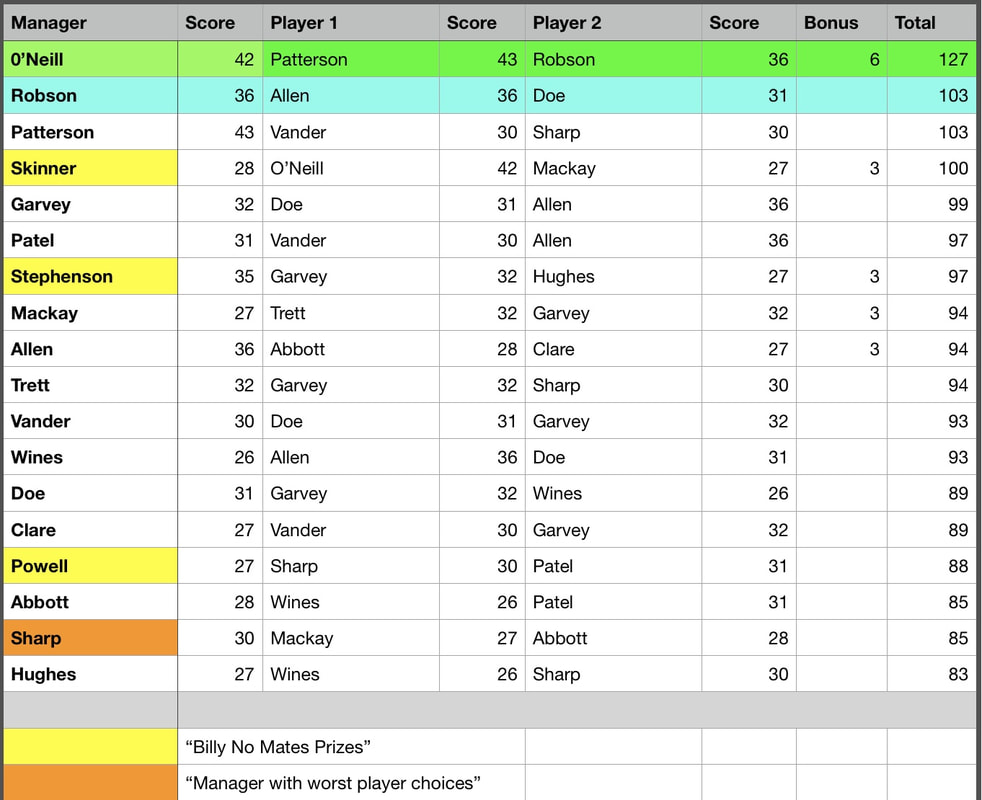