The Senior Captain's Drive-in was postponed from its original date because of the very inclement weather experienced this year, but with support from the club, it finally got off to a start on Monday.   The golf swing in the pictures below looks pretty good for someone who has never had a lesson, but as we all know that doesn't stop  Graham getting his MORE than fair share of the wins!! Good luck for the year Graham.
Unfortunately, the Jack Wisbey Cup, traditionally played on drive in day, had to be limited to a 9 hole carry competition, but many made the effort to support the new captain. The range of scores was as varied as the conditions. The results are on the Results page.
​Gordon
​Drive -In Charity Fund

​You will all be pleased to hear that Senior Captain Graham successfully cleared the ditch on the 1st and drove his ball 26 yards past the bridge. 12 members chose this distance and are joint winners sharing a prize fund of £246.00.
They are:
George Fox, Bob Philips, Peter Crutchett, Mike Trett, Steve Abbott, Bob Doe, Dennis O’Neill, Colin Brown, Will Gilley, Pauline Collins, Dave Oakley and Roger Tallentire.

The Captain would like to thank all those who have generously contributed to his Drive – In Fund to the tune of £247 which will go to The Great Ormond St. Children’s Hospital in due course.
Kim - Seniors' Vice Captain
Playing with our new Captain (Robot) Robson should be fun in 2018! 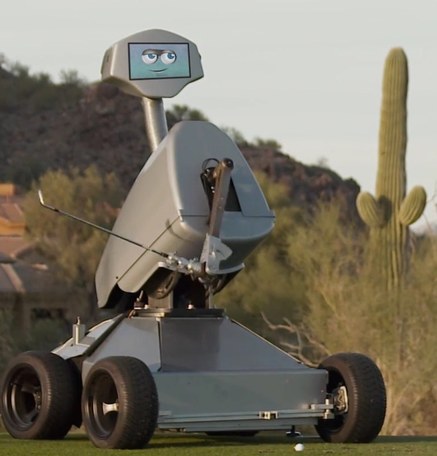