Happy Christmas to my Reader
​
I am now on a Fantasy Holiday until March (with my own money) but details of next year’s competition will be available in the New Year
In the meantime here are the final details of the 2018 Fantasy League and attached is my Christmas speech with the Fantasy Awards for the Year
Best wishes
Simon
Hello Seniors,

Here we are again and firstly I would like to thank you for providing so much newsworthy content during 2018. Rex keeps a tab on what’s trending (sorry if you don’t know what that means) and we are second only to Brexit except we don’t repeat ourselves as far as we can remember.

Today I will announce the much sort after Fantasy Awards for year and the final league table positions. The Fantasy League this year had a record 112 teams and an income of £585 of which £305 will be donated to Graham’s charity Great Ormond Street Hospital. Graham here is the cheque.

Overall 62 seniors scored Fantasy points with 8 players scoring over 50 points for their managers. To give them their full names they were Sharpie Pens, Stonewall Jackson, Capability Brown, Wellard Price, Flash Gordon, Robot Robson, Bob Bon Burnham and, of course Yo Yo O’Neill. I suggest you 8 either run your contracts down or sign a new enhanced deal with your manager.

In next year’s Fantasy League Messrs Allen, Robson, O’Neill and Burnham will be on the restricted list so you will only be able to have one of them in your team.

Now Dennis have you brought back that Trophy from last year or did you give it to Martin. Can I have it? (Invisible). You could have cleaned it and – oh – the winners plaque has come off. No matter – the committee can sort it out.

Top scorer for the year was a very close run thing with Greg leading before the Turkey Trot but YO YO passed him on the last day to win by 1 point. If you could both come up to collect awards please. Dennis – here is your wine and Greg can you present Dennis with the trophy. Now Dennis – could you sign this book of yours (Hard Luck X will do) and present it to Greg.

Next I have got some money to hand out. Firstly I have an envelope for Doug who was second in the 4th Interim Prizes and then one for Graham Sharp who was 3rd in the same Interim prizes and also 3rd overall in the league.

The League actually also went to the last competition where Captain Robson wisely used his transfers and almost caught the winner but he didn’t. Graham here is you prize for 2nd overall and also 1st in the 4th interim prize list. So the winner and leader for much of the season is Tony Dun Really Good Dunsdon.

Such awards should also recognise those who tried but failed (it is the way of the world now). So I can report that the bottom team was managed by Gordon who got 9 points and it was a sort of serves him right as he picked his first team and then said I’m busy so can you pick the second one’  I thought Appleby, Goode, and Procopis was a decent team but it wasn’t. Gordon will you come up to get your prize (sign and cleaner).
Tony Dunsdon 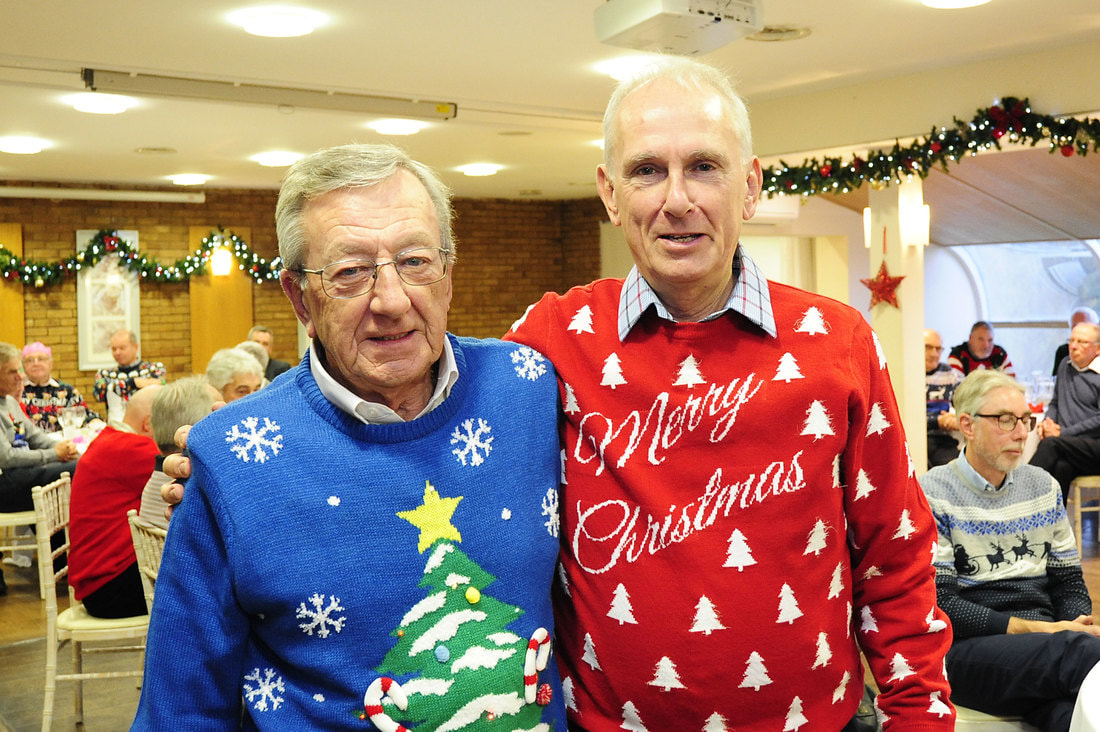 Now to the main part of the show and for those of you who haven’t been before please be aware that there is no point coming up to get a prize as you will only make a fool of yourself and you have already done that to get a prize.

Firstly an award that could have been given last year but it was hushed up. It is for Airline Passenger of the Year and goes to the person who arrived at the airport in Texas to check in to be told there was no record of him on the flight. After an argument it transpired the booking was for the day before. Yes I am an award winner this year and I only got home after I promised them an exclusive mention at the Fantasy Awards.

I also mention the story as I award this years Airline Passenger of the Year to Bill French who tried to sneak into Lisbon and got caught although his passport and bag got through OK.

Next Gigolo of the year and I am sorry to report it will not be awarded as age has taken its toll on our only Mr Wines. No bar staff have got pregnant this year, Annetta tells me no maintenance has been paid and, when questioned it was evident that Peter had forgotten all the Polish and Lithuanian he had ever learnt. There was one possible alternative when I caught Agent Tillett upstairs giving free poppy day lapel badges to the bar girls in return for smiles and I don’t know what. I was impressed until I went downstairs to find Les saying would you like one of these; take two as I can’t get rid of them.

Emergency Services coordinator goes to Barry Farquhar Mackay who was playing at Top Meadow when he got held up by the group in front. He waited patiently for 10 seconds before walking up to hurry them up and found a man in pain on the ground. To get them cleared he rang the clubhouse for help and rang again 5 minutes later when nothing happened to be told he was talking to the Cranham GC Pro. The man survived.

Over Achiever of the Year goes to Gunga Goode who finally mastered the Stableford scoring system in April, was elected a Councillor in May, and became Head of the Finance and Audit Committee in June. Well done Gunga.

The Kindness and Generosity award goes to Austerity Ash who gave a pack of balls to be shared by the Texas Scramble team who got nearest the pin in two on the 11th.

The Local Accent of the Year goes to Pea Shooter and he wins 10 lessons at the London Elocution School.

The Fame and Recognition Award goes to B Wright whose name is shouted out by professional golfers every week of the year.

The Downsizing Award goes to Beehive Doe who sold his taxi and bought a sauna where he sits and looks over his shoulder to see if anyone else has got in.

Our other former cabbie Douglas this year wins the BMW Body shop Promoter award and is the early favourite for Mike Ts new competition - Trolley races. This is a more inclusive competition allowing our older members to enter as you don’t have to walk anywhere but just let your trolley go.

Driver of the Year however was Robot Robson who amassed 9 points in a month in his buggy and did for trolleys what Doug does for BMWs.

Navigator of the year is shared this year. The first winner is Liz Brown who unfortunately isn’t here today mainly as she wasn’t asked and who has no idea I have published the fact that she was invited to the Club Captains Mixed Awayday at Hintlesham, set the satnav, and drove to Haverhill The second winner is Brian Wilkins who arranged and Awayday at Braintree and then e-mailed everyone to say go early as there were roadworks on the roundabout at Borehamwood.

In keeping with modern trends more women are winning our prizes so we have a second lady winner – Shoe Cleaner of the year goes to Mrs Sue Allen.

At this point I can also report Recovery of the Year was shared by Graham and Allan. Well done chaps – we are pleased you are with us.

If you are wondering I have written to the Chinese Embassy and they have categorically stated there will never be another Year of the Grasshopper – thank goodness for that saying one was enough for anyone. 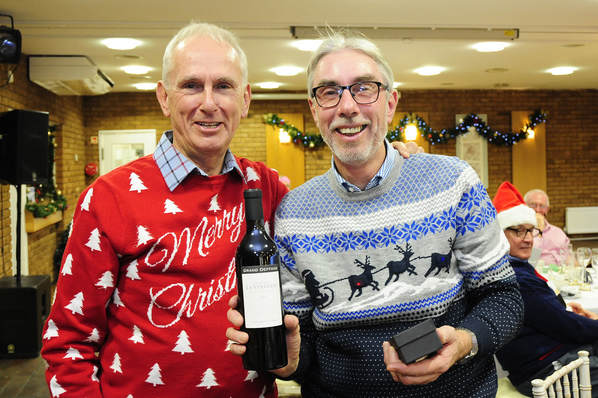 Finally, the Fantasy League Personality of the Year goes to someone who started the Year as a Masai Warrior, set new trends by coming to an official lunch in shorts, and secured his Dandy Fop status by getting his wife to clean his shoes. He also has done wonderful things with the website and worked tirelessly on the swindle. He wins a contract to appear in Made in Chelsea and 6 dancing lessons partnering Everready Wilkins at the Havering Latin and Ballroom Dancing School.
He also wins a bottle of wine and a stopper.
​
Thank you everyone. Lastly I want to give our outgoing captain a record of his Fantasy Year
​