Well we are back for another year with a new record of 114 teams entered and 11 charitable entries from members who find the rules too complicated, or just decided the management pressure was too much for them and gave the money to charity to make me go away.

I had to make the rules a bit more complicated this year as too many managers were wising up and I wanted the selections to be as varied as possible. I think I have achieved that as some teams are based with an eye on the big bonuses and others have decided Yo Yo O’Neill may have broken his string and have looked elsewhere for value this year. I am not sure they are right as Dennis has already landed the Wisbey cup and then gone onto team up with the Headmaster to land the Greensomes. I played in the Wisbey Cup with Dolly Appleby who stepped into a new season full of hope and nothing went right as he amassed 22 points. I sympathised and he told me he had had some upsetting news just before we started. Apparently, Mr Tallentire had come up to him and explained he had been researching his ancestry and had found some Applebys and Allan may be related to him. In the circumstances I thought 22 points was a pretty good effort.

During the winter I whiled away a few hours looking at our club website. First, I found out we have someone in the club called Lloyd George, although I have never met him and then I discovered that listed on our main website is a new competition in August called the Club Champion Hips. I thought I might enter, but realised Hansen, Wines, Tallentire, and Anthony would have an advantage and anyway I would expect a few ladies to enter. It is interesting what you find on golf websites. On another one I found their results list as below. We need to track this guy down as he is supposed to be at work paying taxes for Senior’s pensions.

​Pre Fantasy season we have also seen wins for Capt Hansen partnering Cormack Blue Eyes in the Yellow Peril and Vice Capt Abbott winning the Captains Putter thanks to a stunning performance by the Garvey-Clare combination. In the league itself managers choosing to go for the bonus, lead at present, whilst in the Fantasy News Office researchers are out checking the Face Book pages of new members Jimmy Handley, Eamonn Andrews, and Henry VI, although I have already found out he is of french origin so its Henri. 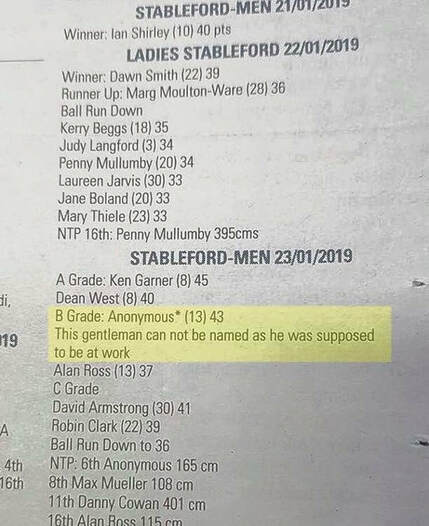 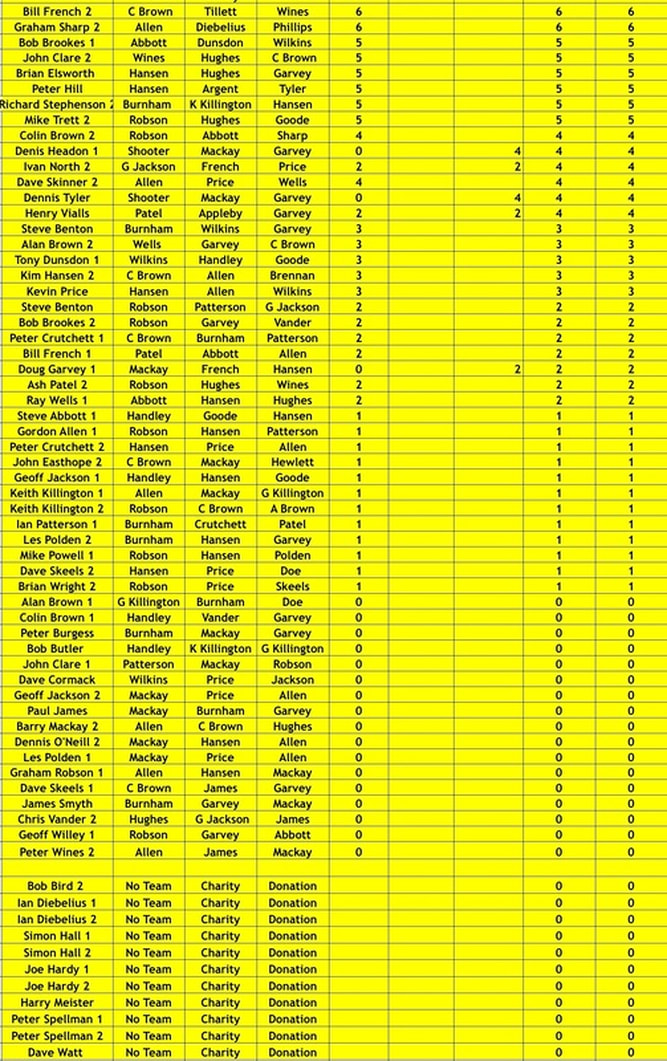