What a close result!  A one hole win (51/50) for the Vice-Captain’s Red team from the 10 matches played. Very well done to both teams, but to Steve’s particularly for coming through strongly at the end.
It’s understood that the Captain v Vice Captain’s game was a good one, very much enjoyed, played in the right spirit,  and with some good golf played.  I expect that was true across the board today.
There was one particularly strong result from the Red team - Doug has pride of place for the rest of this week only!
Mind you with just one hole in it, most of the Blue’s can feel they could have won it if only “ on hole XYZ had happened’, or conversely most of the Red’s can claim that it was the putt on X hole in their match that decided it!
Anyway the Reds got a box of balls each for their efforts and a drink at the bar from the Vice Captain!
It was particularly nice that the Captain had arranged for the 9 holers to take part on the day , whose games helped determine the outcome of the overall match result.  Well done guys. 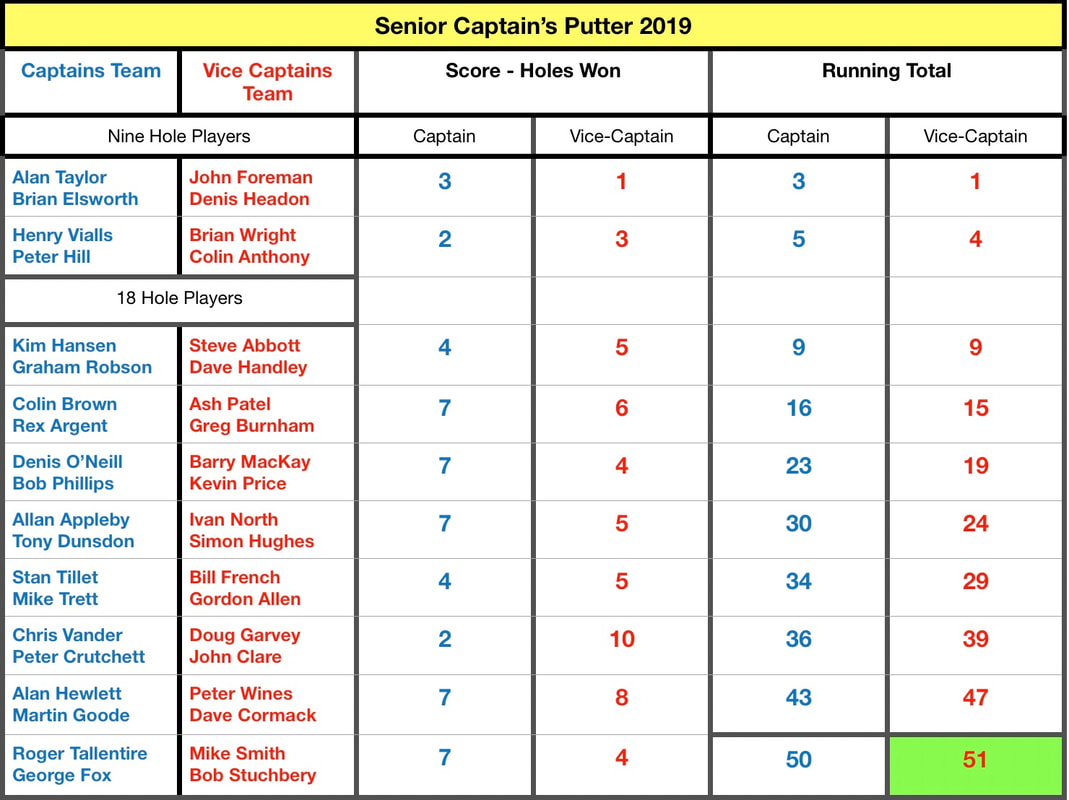