Whilst our course goes from buggies and trolleys allowed, to wet and boggy carrying, the Seniors and Dominic, for that matter, soldier on. I am a definite supporter of getting rid of the stones by the entrance drive and the insertion of posts. I would also put in double yellow lines and parking meters so I get a clear run when I am rushing for golf. 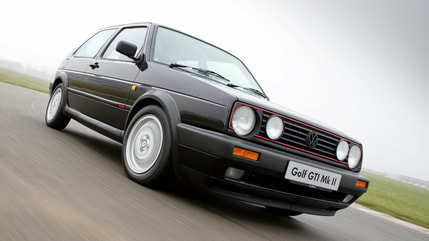 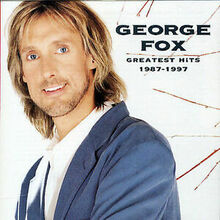 Our latest runaway winners in the 4 ball Stableford were the eclectic quartet of Appleby, Fox, Mackay, and Dunsdon who all brought something to their successful team. Boy George brought a few shots and sung along with Dolly Appleby, whilst Tony calculated the odds on each shot wishing he had picked George for his bonus and his win bonus, and in the background Farquhar provided the descriptive adjective(s) to describe each outstanding shot.

(Eds Note: Who would have thought Boy George had an even more successful earlier life!)
Four days later it was a different story as carry only meant hastily revised teams for the Texas Scramble – well done Mr Trett for getting it sorted. This time Martin came Goode alongside ex skip Robot Robson and Gordon who went off in full Maasai warrior stomp. Just before I caught Gordon eyeing Kevin’s bargain footwear and asking Wayne if he had any with a really big flash on them.​​ 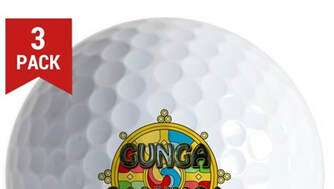 So who is winning in the league. Well it is still the bonus boys who read the rules and took advantage and by picking Gunga Goode so landed a winner with attitude and a handicap bonus. Meantime the first transfer has taken place as Ray Wells has captured Henry VI after long imprisonment in the War of the Roses and jettisoned one of those injured golfers.


​
​PS I can confirm that following the antics of Chelsea’s goalkeeper I have introduced a new rule. If you don’t want to be substituted you can refuse, but only by paying a fee to the FL editor. 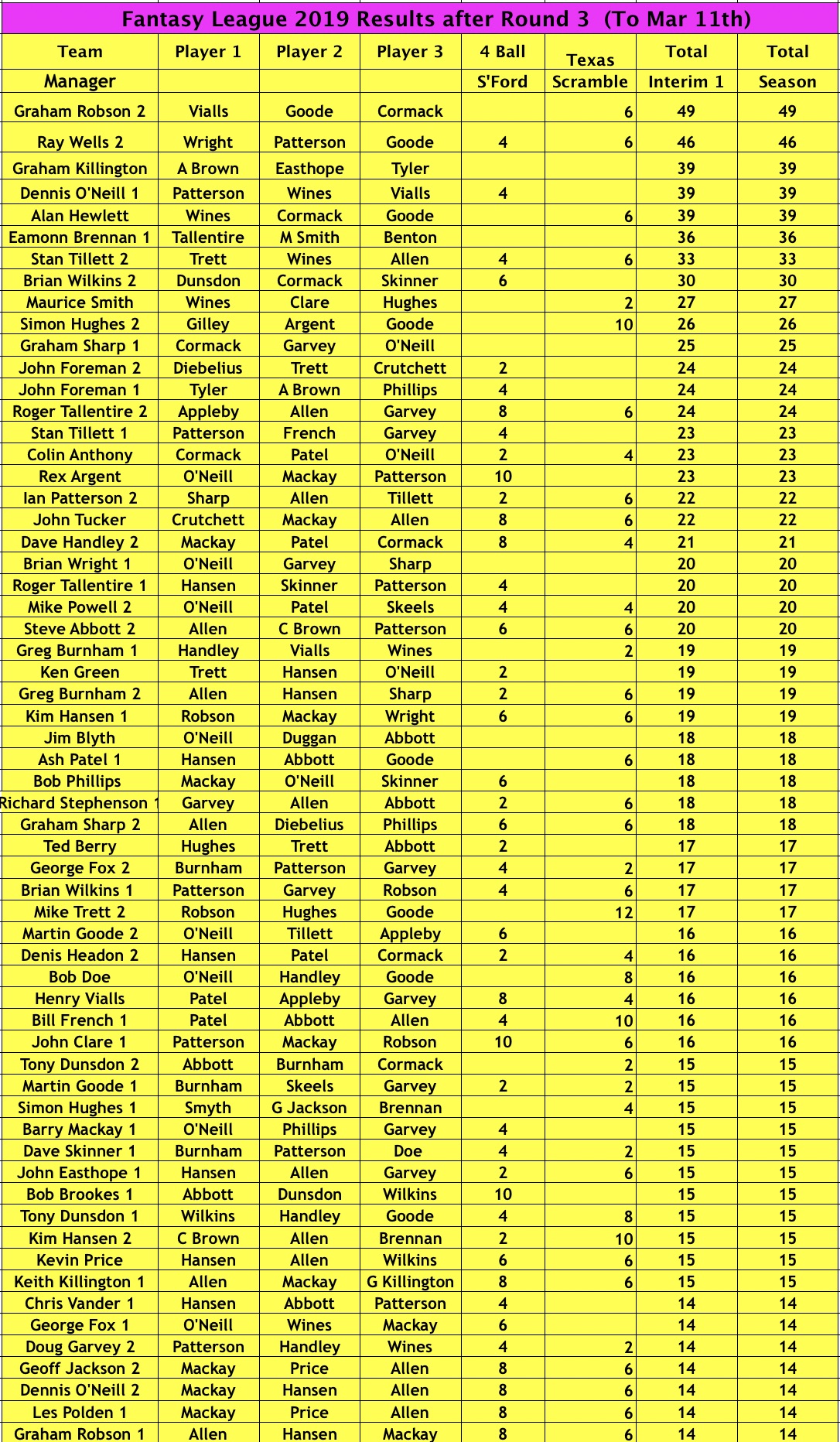 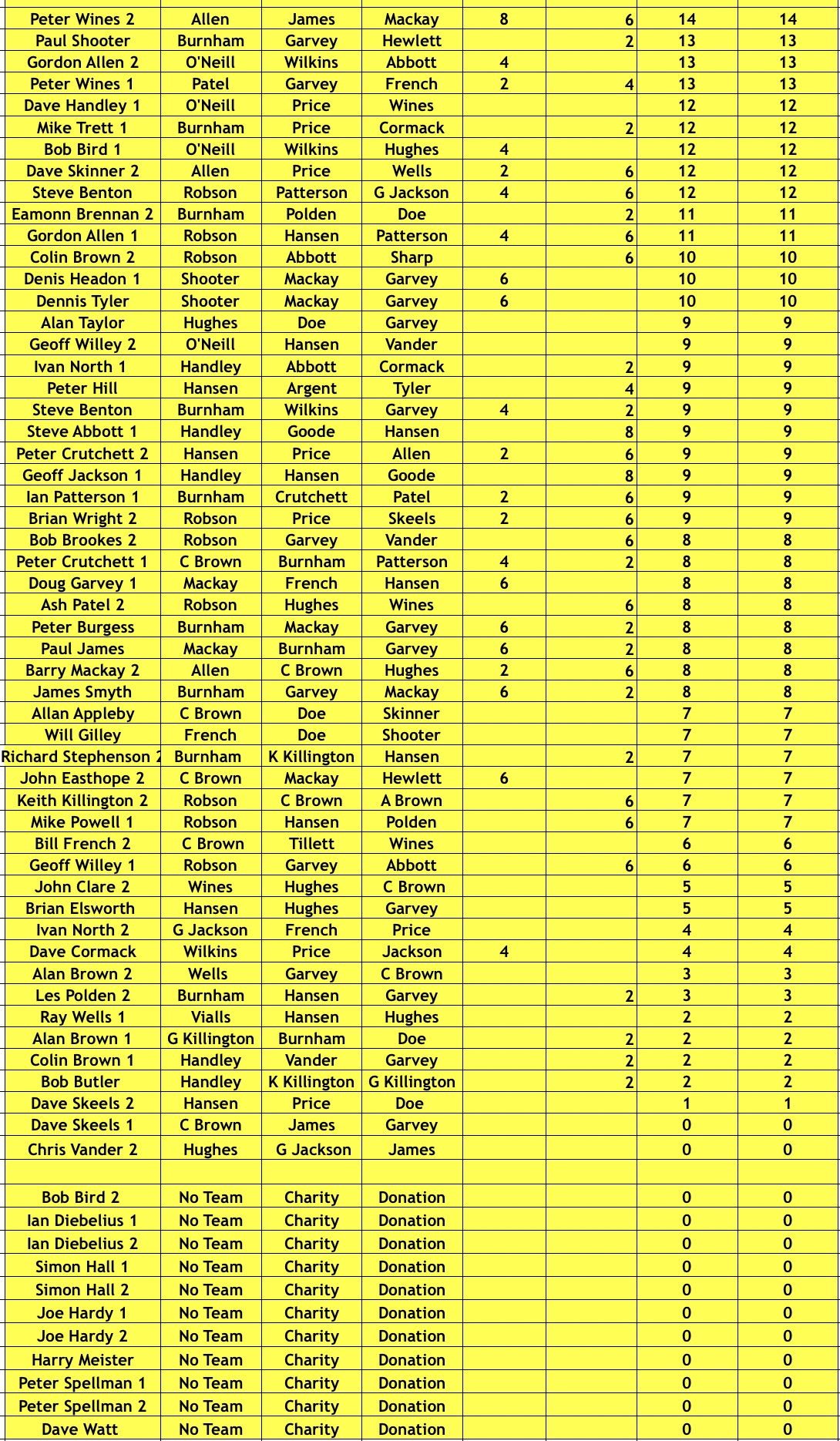