For each hole, the best gross score recorded in any of the 10 Golfer Of The Year competitions is counted (The list of 10 GOY comps is set out below).

The results shown are for the players who are current Members of Warley Park Seniors and also completed the 27 holes.

This year's Competition went right to the wire with only 2 Net Points separating the Top Four Players after 10 Competitions. Graham Robson just edged ahead of the field by 1 point on the final Competition - Autumn Cup. A real battle for 2nd and 3rd place between Ash & Gordon. Although both players had a net 89, Ash pipped Gordon to the post with a better back nine. Rex finally coming in 4th one shot behind-90.

Congratulations to Graham, runners up and to all the Seniors who played in this years Eclectic Competition.

NB The table below shows only two of the nines (for space purposes) but the spreadsheet calculations behind that are for the full 27 holes. 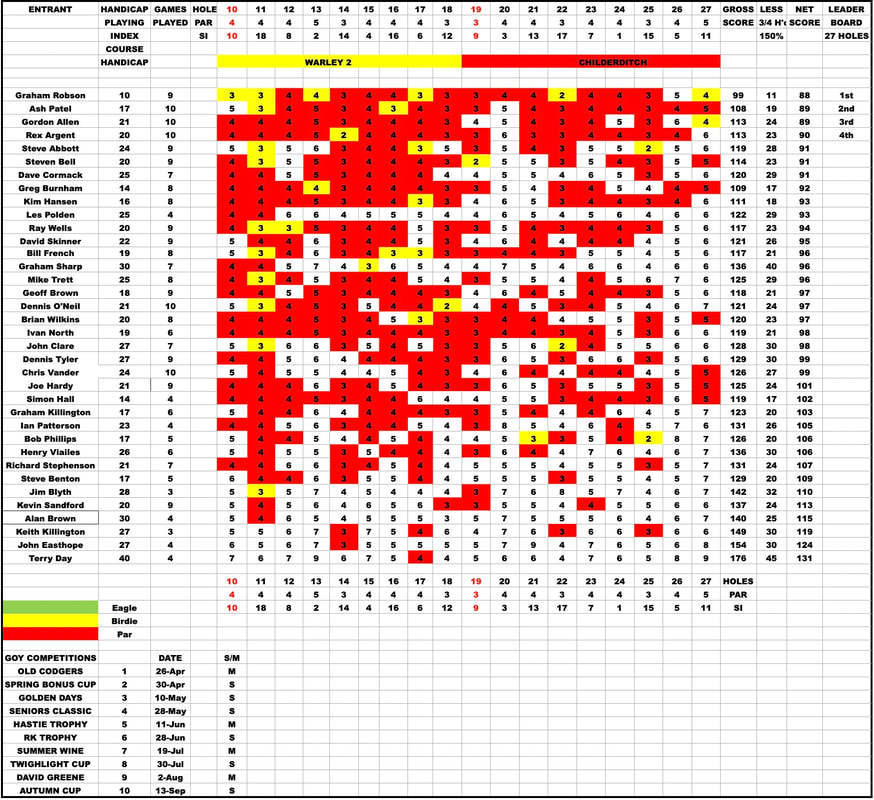