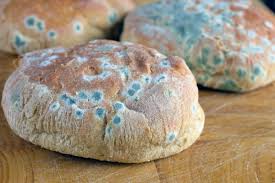 When I was in France recently I went to a small town called Pont-Saint-Esprit renowned for its 1 km long bridge over the Rhone and the infamous 1951 poisonings known as the L’Affaire du Pain Maudit (cursed bread). Apparently it all started when the postman had hallucinations and delivered the wrong letters to the wrong house but sadly 5 people died and 250 got ill. The bread was blamed and life carried on until in 2009 a book suggested the CIA had been testing the effect of LSD on the locals. If you have had any contact with an American recently please let me know as my postman keeps delivering me other people’s letters.
Well done also to Ray Wells whose 2nd place was achieved after scoring in 8 of the 10 competitions.
The other big prize was the Seniors Championship where youngsters Rainford and Handley fought for the scratch prize with Dave coming out on top. I’m not sure exactly how old they are but Siv plays with buses and Dave is still in short trousers. Well done to them and to Yo Yo Enigma Dennis O’Neill who won the handicap prize and returned to the 14 handicap he had paid £45 over 15 competitions to get rid of.

Siv also landed the Seniors Singles beating Robot Robson whilst new superstar Dave Skeels paired up with Kevin Price to beat Wilkins and Smyth in the Doubles. Congratulations to them all.

​Lastly in the Golden Putter it was Phillips, Killington G, Trett, and Skeels (once more) who romped home. We must wait until our Christmas lunch to see which of these 4 actually wants to take the trophy home.
In other news I got ill so didn’t see Dale Hill. In was only when everyone got back I realised you had been playing golf. I thought you had all been to a game show and Dale Hill was the compere. What’s more I couldn’t get any news of note from the trip on Monday suspecting the Captain has imposed a blackout on activities, although speaking of blackout I did find a picture of our captain in my ‘all our yesterdays’ folder which I am happy to share. See if you can pick him out. 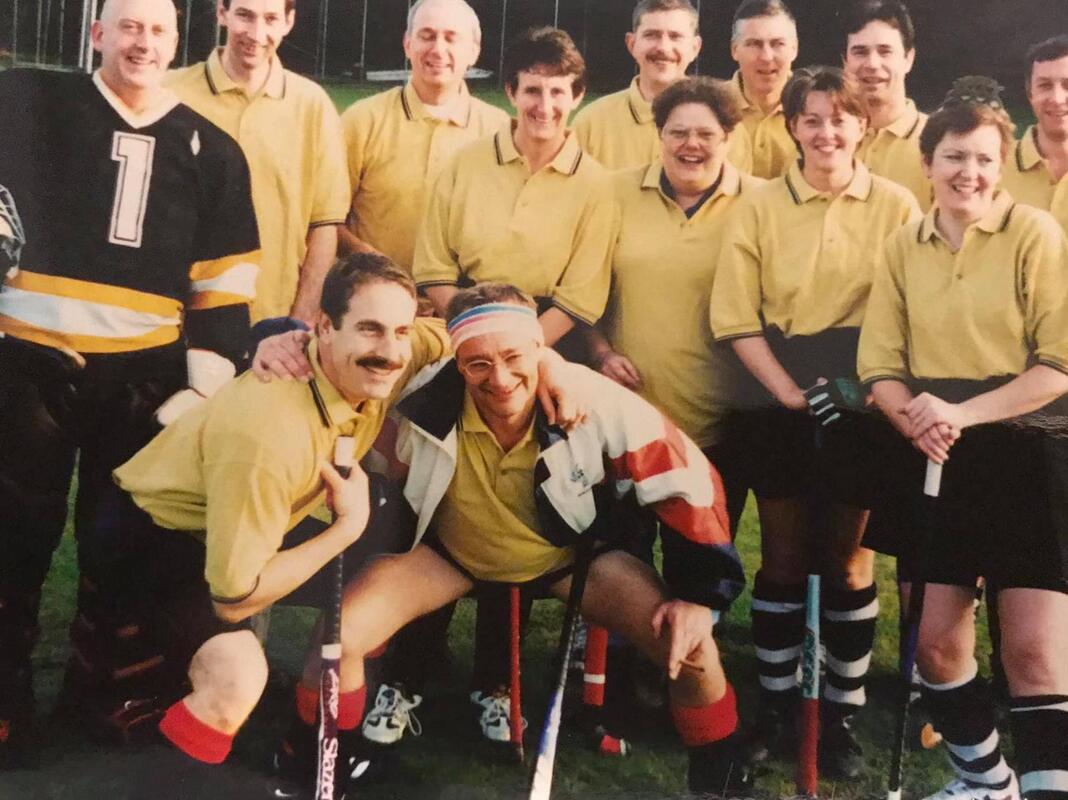 Can you spot the Captain (along with the FN editor and 2 former Lady Captains) ?
I also had one of the Jackson 5 in my ear during the Championship going on about grasshoppers. I don’t know if they all wear pink canvas pumps, but I do think they will disappear as the weather gets colder or maybe get eaten in I’m a Celebrity – peace.
In the Fantasy League Brian Wright is storming away at the top and also wins the Interim prize of £15 ahead of Steve Benton (£10) and Skinner and Cormack who share £5.
PS 1.    One of my informants advised me that one senior sold his car but left the registration on his Dart charge account and paid the buyers tolls for year. Unfortunately I cannot remember who told me or who it was? (Eds note: No Comment!)
PS2.    Satnav users update. Journey to Club Captain’s away day at Hintlesham Hall. "Oh look Colin at that really unusual house it is just like the one on the road to Fynn Valley." "You are right Stan – what are the chances of that. Are we nearly there?"  "Yep – 5 minutes." " Here we are."  Welcome to Fynn Valley golf club.
​
NB Web Editor Note
Will buy a coffee for the best photo match for a Kim double. Here's my poor attempt!
(Sparks - Ron Mael!) 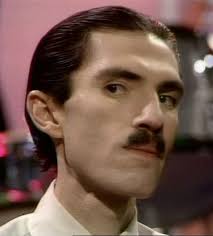