The Fantasy Season is approaching its finale and there is also a bit of golf going on with three more competitions to report.
​
He is back - new parts fitted 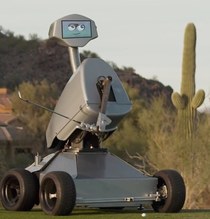 It is all brewing up to the closest Fantasy League ever as Robot Robson has shrewdly used his remaining transfer money to sign Jimmy Handley (he of the red Christmas trousers) and Austerity Ash. When interviewed he said he changed ploy whilst recovering at home and reading my book ‘How to Win the Fantasy league and lose Friends’  (Available as a wrapped Christmas Gift at Hughes Publications Inc.). It started just after the Autumn leg of The Seasonal Cup ably won by our ever humble PC Roger (over and out). Robot realised that fielding the same team as Tony D wouldn’t produce a Fantasy win so in a flash out went Flash for the Barham Putter and out went Bon Bon for the Texas Scramble as the Seasonal Cup Champion has now won so much he is picking and choosing events and missed this one. The net result is there is 1 point in it as we approach the final Turkey Shoot Out and as they say in the politically correct circles I don’t move in ‘It is not over until the weight challenged person sings’
(The table is at the very bottom of this page)
I have been wondering how Bon Bon could keep on winning until I realised he has the support of the burgeoning Crescent Drive gang who are taking on the grasshopper festoon. Fantasy News is keeping a keen eye on the rivalry especially as Jiminy Handley is a hopper too.
The last competition to report is the Texas Scramble where Patel returned to the winners circle along with Shooter and Abbott. It is a competition made for Ash the Treasurer rather than Ash the player as he generously offered a sleeve of balls for the team who got nearest the 11th flag in 2, so it was 1 ball each and argue over the box.
French Connection - Finally, I cannot finish without the latest International News, which unsurprisingly comes from a little town in France called Mallemort near where I visit. Apparently, Postman Pierre has been having big trouble delivering letters to the right houses as some don’t have numbers up and those that do have them in french. The local Mayor has stepped in with a solution (to be fair to her I won’t identify her political allegiance but she did come to judge a local painting competition dressed as Chairman Mao). Her solution is that all houses will be renumbered and their number will be how many metres they are from the end the road nearest to her house. We have all received a leaflet to explain how simple it will be (see extract below and ask Mrs Polden if you want translation). There is no more Monsieur at no. 6 living next to Madame at no. 4 and Mademoiselle at no. 8 as, if Monsieur has a big house, next door is no. 26. It is apparently very easy for Pierre too as he just counts his strides along the road before delivering a letter although it does mean you cannot apply to be a postman any more if you have short legs. It also means everyone (most of who had clear numbers on their houses) must tell every contact and computer system holding their address that is has changed which, or course, is not the Mayor’s problem.  I know - you couldn’t make it up - but I am hoping to get a Christmas card from someone’s Auntie this year. 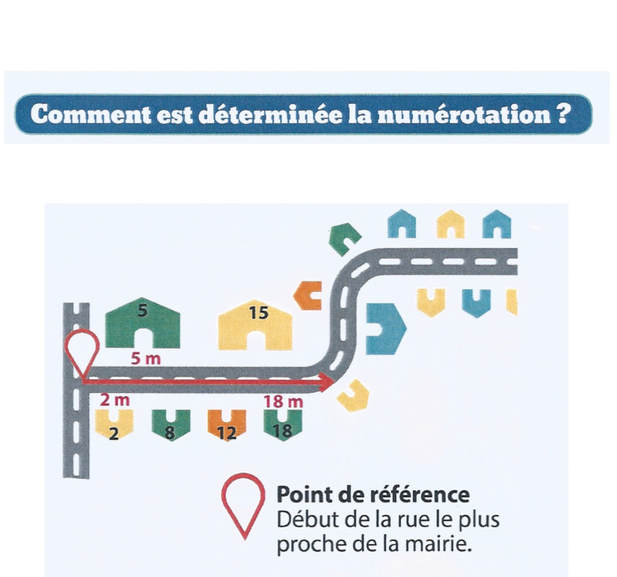 LOOK OUT FOR THE ANNUAL AWARDS AND FINAL RESULTS AT THE CHRISTMAS LUNCH and Yo Yo – don’t forget the trophy.
Eds Note:
​Finally, finally, below are some super snaps taken of the same Rainbow I featured in the recent Texas Scramble result page. These were taken by Sir Simon who, having mastered the art of journalism, has now decided that he ought to develop his career into photojournalism. Beware man holding camera on the course, as in the future you will not be able to refute 'alleged' incidents when he will have photographic evidence of your follies! Actually, they are pretty good photos for a phone camera - and I say that as someone who has all the gear!
​NB There is one in which Simon claims that the shadow is of him holding his camera. It looks more like an act of worship to me. There is also one other very obvious interpretation - not publishable. A cup of coffee for the most imaginative interpretation !