FINAL SWINDLE UPDATE 30th NOVEMBER 2019
Note : The current swindle 'rules' are set out on the separate page under the Swindle 2019 tab. 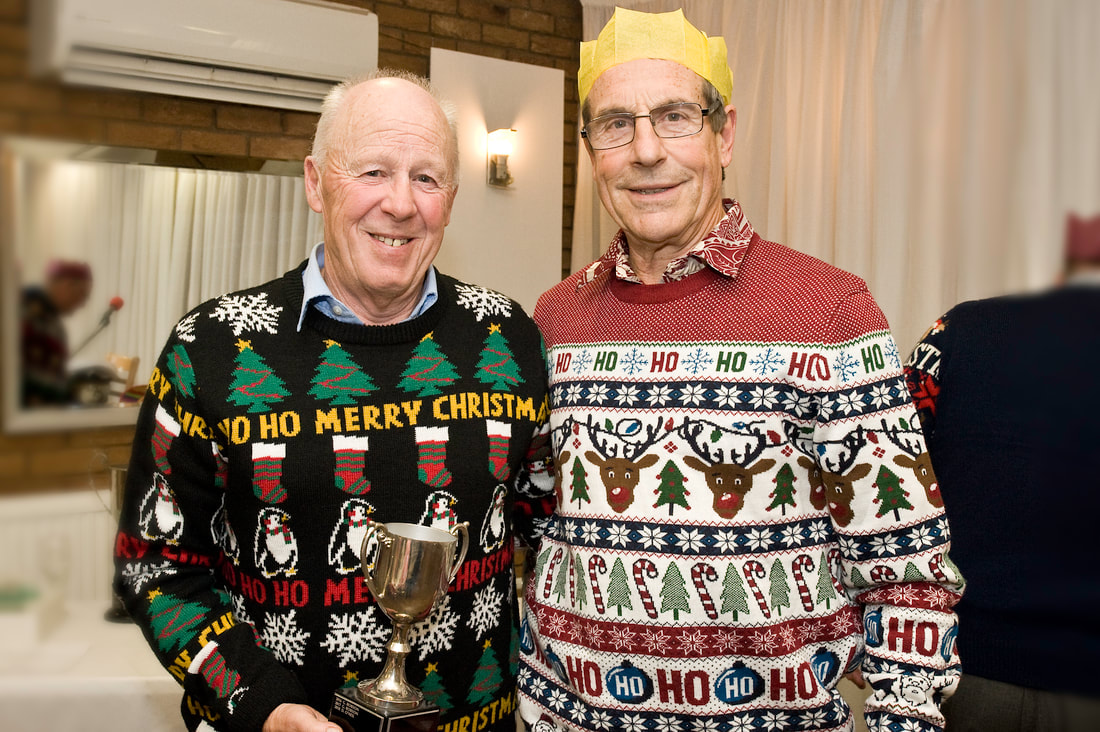 Another successful year (Jan 2019 to Nov 19) concluded at the end of November.

​Our congratulations to Graham Robson on becoming Swindler of the ~Year 2019.

And Kim Hansen who made a real challenge in his year of Captaincy and took the runner
up place - for the second year in succession!

This Year
​
Many more games were played this year than in 2018 - the weather was kinder! More players also took part, but the average group size of 13 was the same as in previous years. That resulted in more players reaching the min. of 15 games to be eligible for the GOY title.

​The handicap cut system seems to have settled down and overall has increased the opportunity for players to win, and reduced the number of players with higher levels of losses.

Dennis O'Neill has the honour of being the player who turned up most with 65 games this year-  he is trying to get as many in each year as his age, so next year his target is somewhere around 74 according to my sources!).


The full end of year Swindle table is set out below, along with some facts that compare activity and outcomes with recent years where available. 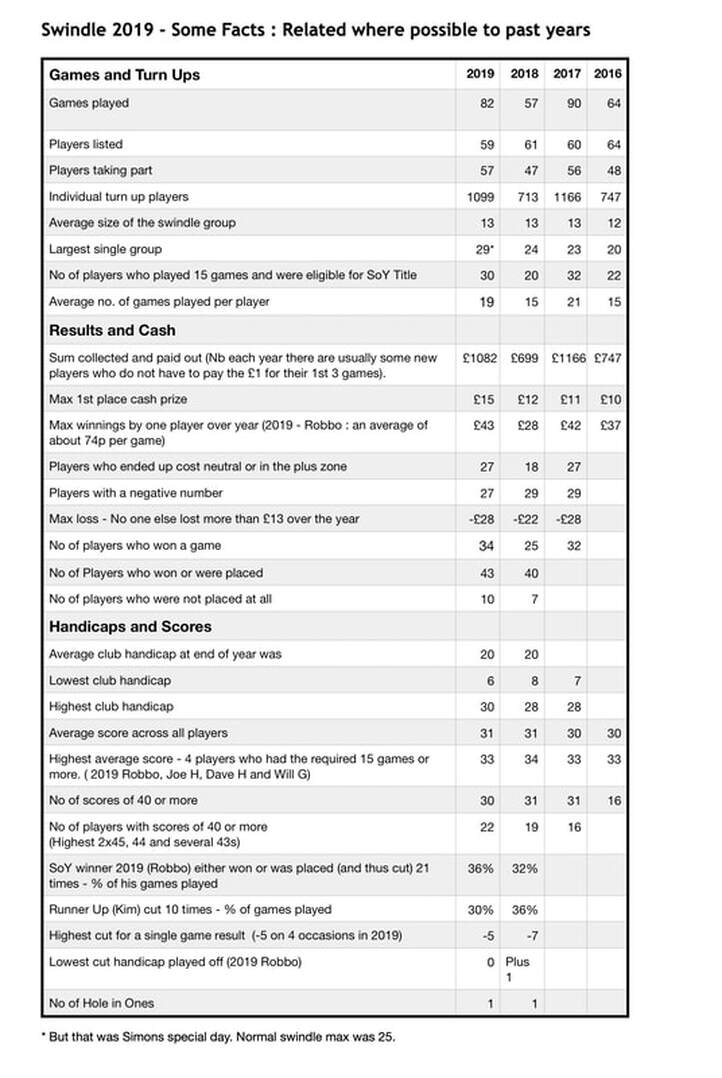 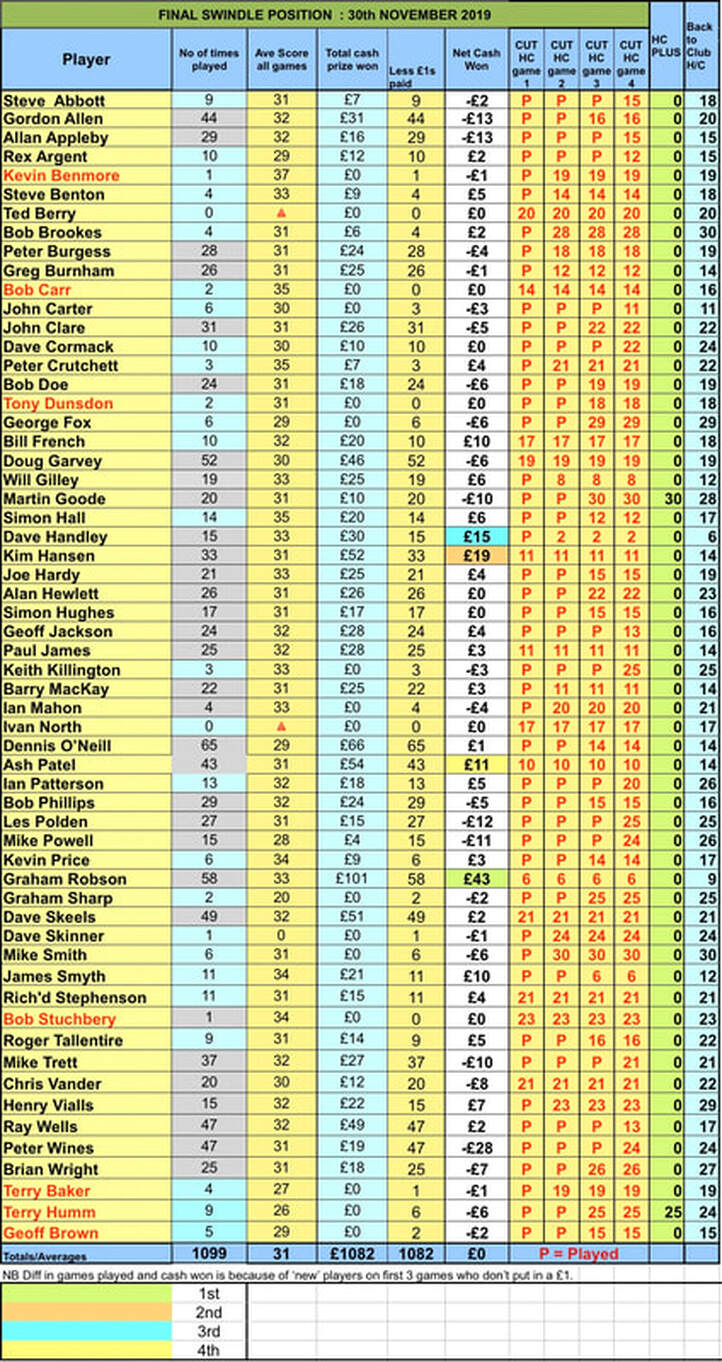 Notes
Required to play a min of 15 games in the year to be eligible for the Swindler of the Year title (Greyed out name in 'played column' confirms that you have meet the min).
A red 'P' in the 'CUT HC games' column indicates that you have played that game (ie 1 to 4) off the cut handicap. When all 4 played you revert to your club handicap - final column.
If you have a HC number in the 'HC Plus" column (Green) it means that you have received an additional shot(s) under the increase in HC rule. You play off that HC until you win or place.
​Names in RED are the players that have not yet played their 3 initial games ie cannot take a prize until the 4th game.